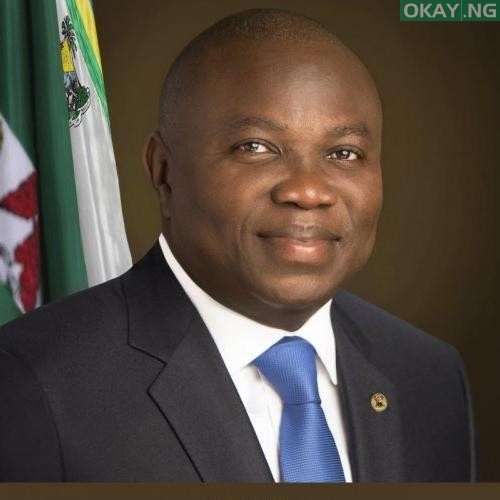 Akinwunmi Ambode is now a former governor of Lagos state as seen on his Twitter biography.

Okay.ng report that the Ambode handed over to Babajide Sanwo-Olu, his successor, at the Lagos State Governor’s office in Alausa.

However, a quick check on his Twitter bio shows that he has changed his post to ‘former governor’. 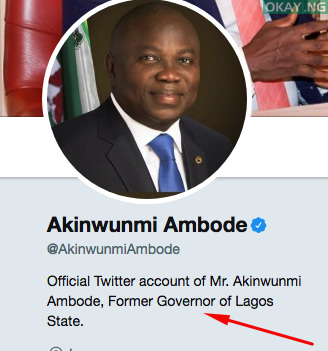