The Police has summoned Timi Dakolo and his wife, Busola, for questioning over alleged falsehood.

Okay.ng learnt that the invitation letters were delivered to Lekki residence of the Dakolos around 6pm on Saturday.

However, the invitation may not be unconnected with allegation of rape by Busola against founder of Commonwealth of Zion Assembly (COZA), Pastor Biodun Fatoyinbo.

It can be recalled that Busola had accused Fatoyinbo of raping her years ago when she was attending his church.

In the letters, the couple were accused of “criminal conspiracy, falsehood, mischief and threat to life.”

See the invitation letters below… 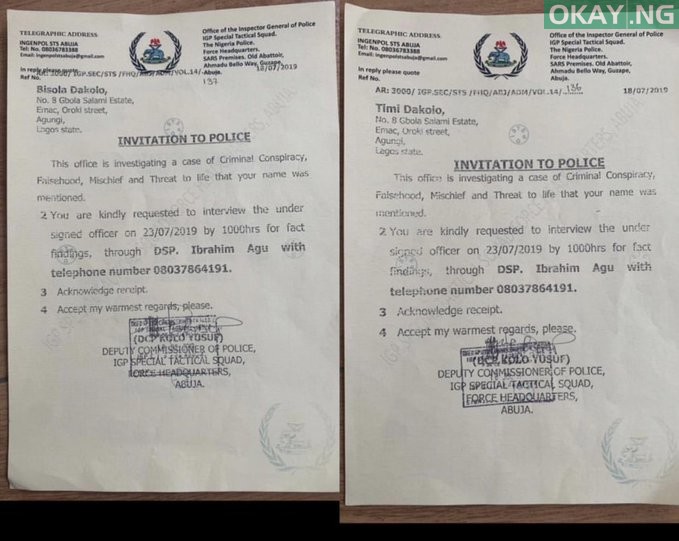