Alex Ferguson suggested there will never be a career like Ryan Giggs’ again after the one-club man confirmed he is leaving Manchester United after 29 years.

Giggs announced on Saturday he is departing Old Trafford to pursue a managerial career, with the former Wales international failing to find a role in new manager Jose Mourinho’s backroom team.

And Ferguson, who gave Giggs his debut in 1990 and was his manager for all 13 of his Premier League triumphs, says being able to play in the Premier League beyond his 40th birthday was “completely unheard of” and hailed his impact in the dressing room.

“People can judge footballers on many aspects of their game, but to play for Manchester United means there is a competitiveness and intensity in every single game,” Ferguson told the club’s official website.

“At our club you don’t play friendly games or easy games – each one is a cup final for the team we’re playing against.

“So when you consider that Ryan had to run up and down that left touchline for over 20 years in matches of that intensity, he is truly unique. What he managed to do was completely unheard of.

“He became a hugely important figure within the dressing room. All the younger players would go to him because he commanded such respect and had such great influence on his team-mates.

“I know that when I used to get Ryan, [Paul] Scholesy, Gary [Neville] and Rio Ferdinand in the office and chat to them about clamping down on the dressing room and making sure that everything in there was right, Ryan was the one among them who would be the foremost figure, no doubt about that.

“His place in the history of Manchester United and football is already assured. I doubt we’ll ever see a career like his again.”

“Ryan Giggs was a unique footballer,” said Charlton. “He has been a credit to Manchester United and I don’t think we will ever find his like again.

“It was an absolute pleasure for everybody at the club to work with him and a joy for all the players he played with. He’s a great professional and I’m ever so proud of him for what he’s done during such an incredible career.

“Sir Alex Ferguson used to tell me often just how fantastic Ryan was to work with and both men set such high standards. He just loves the game of football and that shone through in his dedication to playing the game for as long as he could.”

The longevity of Giggs’ playing career particularly impressed Charlton, with the former Wales international setting a new record for appearances in the Premier League at 632 games.

“It’s incredible to think that he played past his 40th birthday,” said Charlton. “Back when I was playing, everyone just assumed that you were finished when you reached 30.

“For Ryan to play for so long and win so many honours was absolutely sensational. It has been an honour to follow his career.” 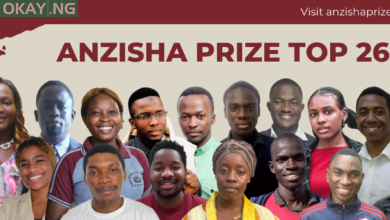