Recall that recently withdrew their membership of the PDP Presidential Campaign Council amid calls for the removal of the National Chairman of the party, Iyorchia Ayu.

Wike has been crossed with the PDP presidential candidate, Abubakar Atiku over his choice of Delta State Governor, Ifeanyi Okowa as his running mate.

Prior to today’s meeting, Wike and the aggrieved PDP governors also met in London in September.

The PDP governors, it was learnt, are expected to take certain decisions ahead of the 2023 poll.

The governors latest meeting in London may not be unconnected with the decision by the party and Atiku to flag off the campaign without Wike.

Efforts by all the party leaders including the its Chairman of the Board of Trustees, Adolphus Wabara, to reconcile Atiku and Wike’s allies have have hit brick walls.

The Wabara-led set up a reconciliation committee to intervene in the long-running crisis but was unable to broker peace as expected.

Meanwhile, Wike has vowed to remain in the party as he insisted not to have anything to do with the presidential campaigns unless Ayu leaves.

In another development, the Kaduna State chapter of the PDP on Wednesday inaugurated a 60-member presidential campaign council with the former governor of the state, Alhaji Mukhtar Yero as its chairman ahead of Atiku’s planned visit to the state.

Yero was inaugurated alongside a former Director-General of the National Emergency Management Agency and PDP governorship aspirant, Mohammed Sani Sidi, as the deputy chairman of the committee.

The committee also included Haruna Sa’eed, Mohammed Abbas, the National Youth Leader, Muhammed Kadade, Shehu Sani, and 54 others
During the inauguration, the state PDP Chairman, Hassan Hyat, said it was expected that the committee members will work vigorously for the victory of the party’s presidential candidate.

He said the party in Kaduna State was waxing stronger with the presidential campaign already flagged off in Uyo State.

Hyat explained that because of the peculiar nature of Kaduna, the presidential candidate would be in the state for three working days on a special assignment where he would interface with key stakeholders of the party across the three senatorial zones. 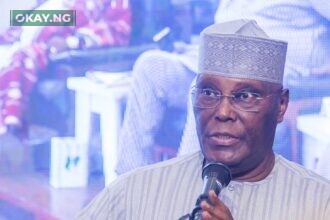