Adekunle Gold, the Nigerian singer and also former YBNL artise, has revealed that his greatest achievement in 2019 was getting married to Simi.

Okay Nigeria understands that the ‘Before You Wake Up’ coroner disclosed this during a question and answer session on Instagram.

Gold also disclosed that he was able to stay away from Twitter from three weeks which is an achievement for him. 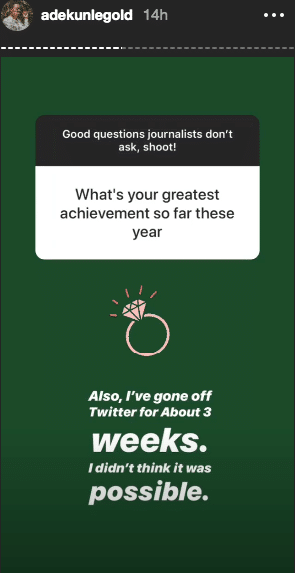 In January, Adekunle Gold and Simi wedded in a private traditional ceremony in Lagos.

The couples also had their white wedding at the Ilashe beach, Lagos.