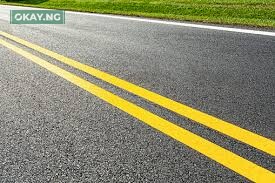 The Adamawa government reveals it has completed 347.6 kilometers feeder roads across the 21 local government areas of the state.

The Commissioner for Rural, Infrastructure and Community Development, Abdullahi Prambe stated this in an interview with newsmen in Yola on Tuesday.

He expressed that the projects had been done in the past three years under the low volume infrastructure initiative of Gov. Ahmadu Fintiri’s administration.

According to him, the project is formulated to open up rural communities and connect them with urban centers as well as ease transport of goods and services.

“The initiative will also expand access to the communities to enhance their economic activities,” he said.

The government, he said, also restored power supply to Michika and Madagali, hitherto vandalised by the insurgents.

Prambe said the newly constructed cottage hospitals at Girei, Song, Gombi, Guyuk and Shellang had been connected to the national grid.