Search teams hunting for the wreckage of AirAsia Flight 8501 have pulled 21 bodies from the Java Sea today but are struggling to locate the plane’s black box recorder amid rain and rough water.

According to DailyMail, today’s total is the largest of the search so far, the number of bodies recovered has now risen from nine to 30, as dive teams say some were found still strapped into their seats. The news of further discoveries came as more corpses, including that of an 11-year-old boy,
were identified and handed back to their weeping relatives at a police hospital in Surabaya, Indonesia.

While the black box has eluded search boats so far, this afternoon crews announced they have found the tail of the plane sitting 100ft below the ocean’s surface using sonar devices. It is still not known what caused the Airbus A320-200 to plunge into the ocean on Sunday and the plane’s black box recorder, which will contain vital information, has yet to be located. 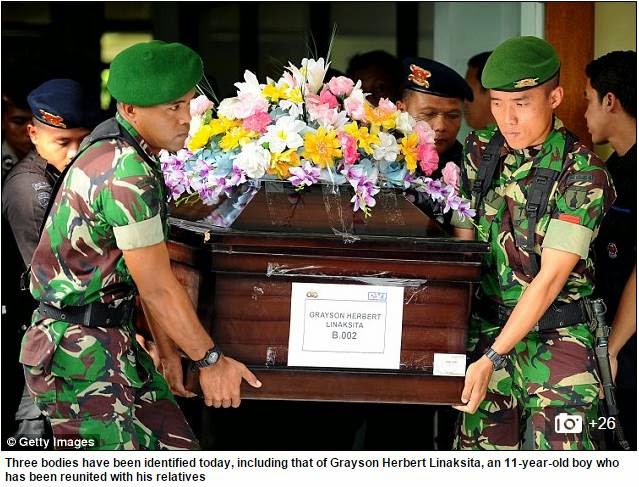 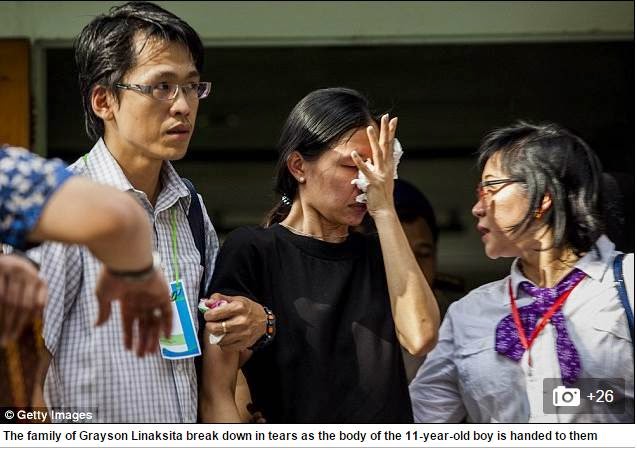 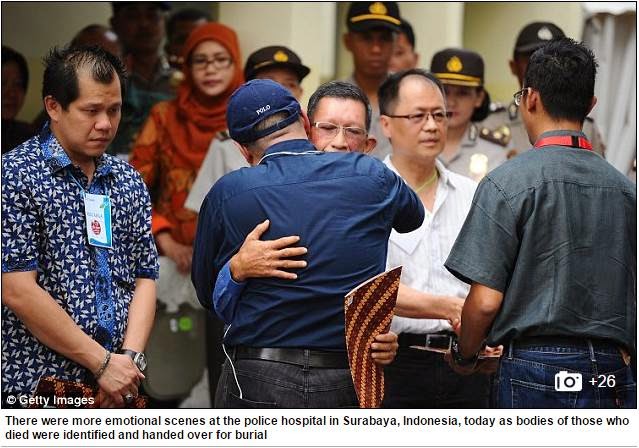 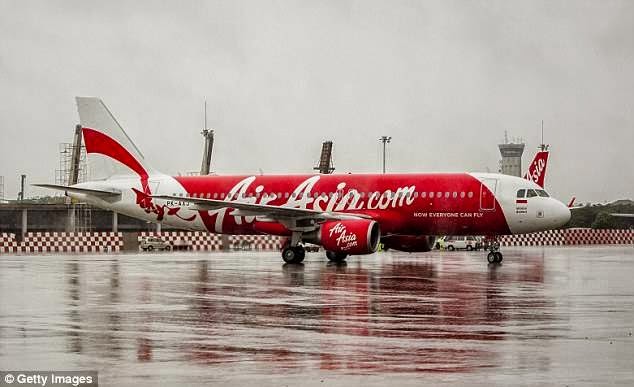