For some months now, the chief of the defunct group has called out 2face on several occasions for intellectual theft.

According to the ‘Hard Life’ crooner, the entertainment legend (2face) made name with songs that he (Blackface) wrote.

Blackface earlier threatened that the ‘African Queen’ singer will face the wrath of the court.

However, 2face has taken the lead to sue, demanding that Blackface should tender an unreserved apology.

Below is a copy of Tuface’s letter to Blackface: 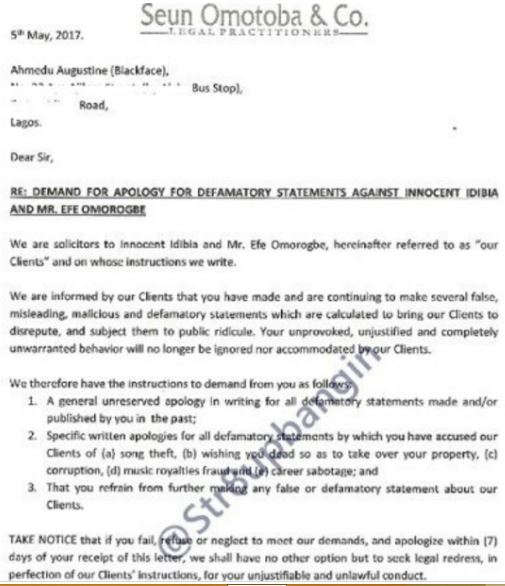