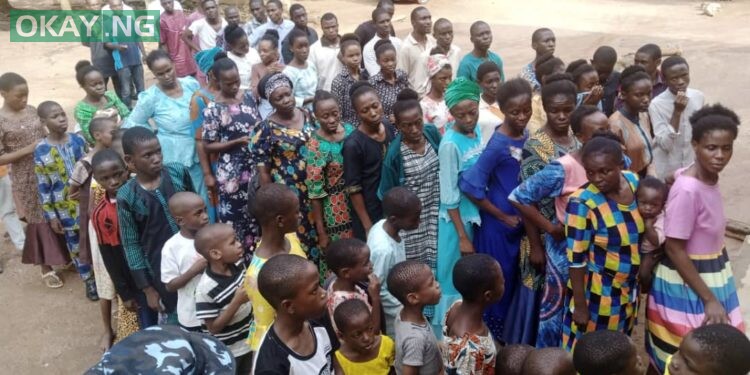 Operatives of the Ondo Police Force have rescued no fewer than 50 people, including children, from an underground cell.

The victims were camped in the church with an instruction that none of them must go out and that they should expect the second coming of Jesus Christ at any moment.

The pastor of the church, popularly known as Ondo Church, and other accomplices have all been arrested by police detectives.

The State Police Command spokesperson, Funmi Odunlami, confirmed the development, adding that details of the incident are still sketchy.

“I don’t have the details yet but they are bringing the victims to the headquarters,” she had said.