The Oluwo of Iwo, Oba Abdulrasheed Akanbi, has reacted to his suspension by Osun state council of traditional rulers.

Okay.ng reports on Friday that the council suspended the monarch for six months over allegation of misconduct.

The Osun traditional council announced its decision after an emergency meeting held at the Finance Building at the State Secretariat on Friday.

The council also banned Oba Akanbi from attending its meetings and also constituted a committee headed by Orangun of Ila, Oba Wahab Adedotun to further investigate the matter.

Reacting to the suspension in a statement, Oba Akanbi said he was never suspended by the traditional rulers.

He said: “I was never suspended. The suspension reported by the media is just from the monthly Osun State Traditional Council meeting which is subject to the approval of the state government.

“If this should stand, many monarchs will not be encouraged to regard the council. It is just an audio pronouncement and an insult to the state government without consultation by the council

“We were invited to address the allegation that I punched another Oba. The AIG and the government officials presence came to the meeting as witnesses and gave account that I didn’t beat any Oba.

“Maybe because the truth from the witnesses didn’t go with their expectation, they hatched unfounded excuse to make an audio suspension”

“It is pure political and there are many things attached but we keep mute to see how far this will stand.” 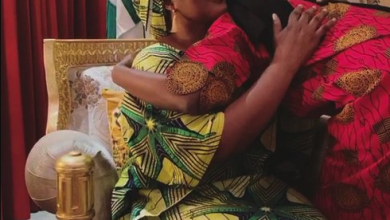