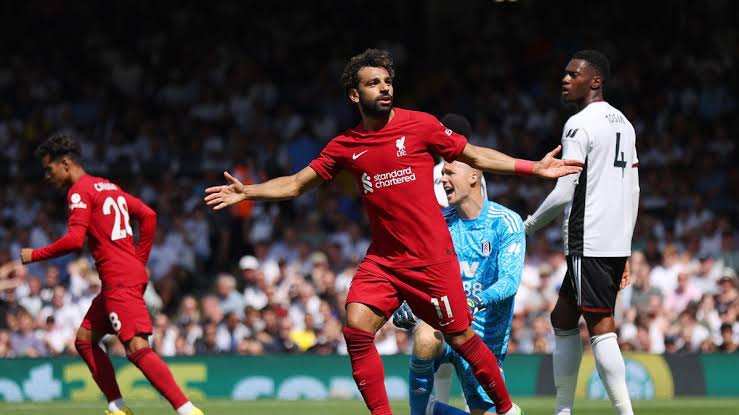 Fuham’s Aleksandar Mitrovic marked his return to the top flight with two goals in the game draw with Liverpool at Craven Cottage.

Mohamed Salah levelled for the visitors with 10 minutes remaining to deny Marco Silva’s side a record-breaking victory against the Reds.

Mitrovic headed home an opener in the 32nd minute before converting home from the spot after winning a penalty in the 72nd minute. He was fouled inside the box by Virgil van Dijk.

Darwin Nunez, the new signing who impressed in the 3-1 Community Shield victory of Liverpool over Manchester City came off the bench to score his first EPL goal in the 64th minutes.