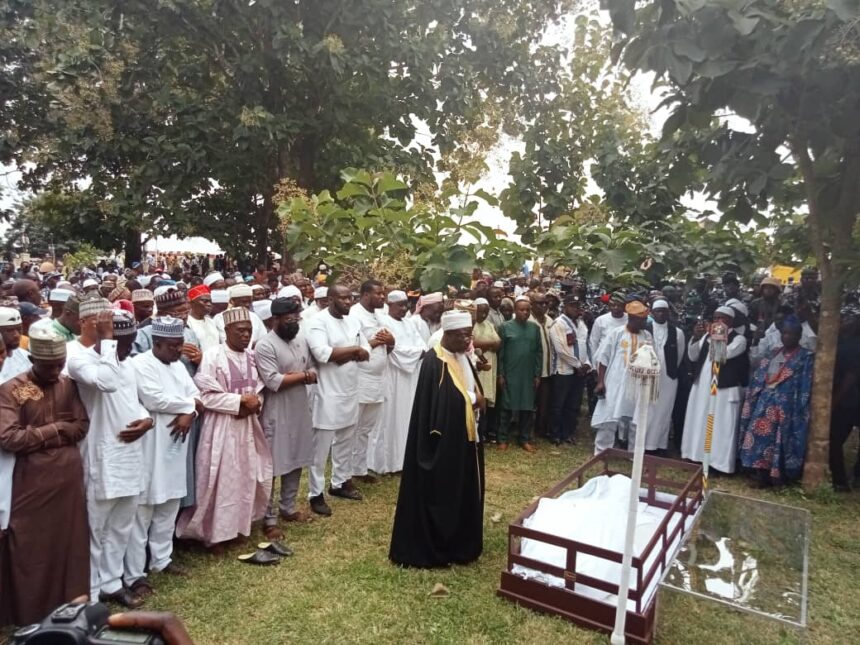 A former Inspector-General of Police, Mustapha Balogun, has been laid to rest in accordance with Islamic rites in his country home of Ila Orangun, an ancient city in Osun State.

Okay.ng understands that the funeral prayer was conducted by Chief Imam of Ila Orangun, Sheikh Abdulhameed Salahudeen on Saturday.

Present at the prayer was the Inspector general of Police represented by the Osun State Commissioner of Police, Olawale Olokode, Former IGP Solomon Arase and representatives of the Osun state government among the sympathizers.

Balogun passed away aged of 74 on Thursday at a hospital in Lekki, Lagos during a brief illness, according to family sources.