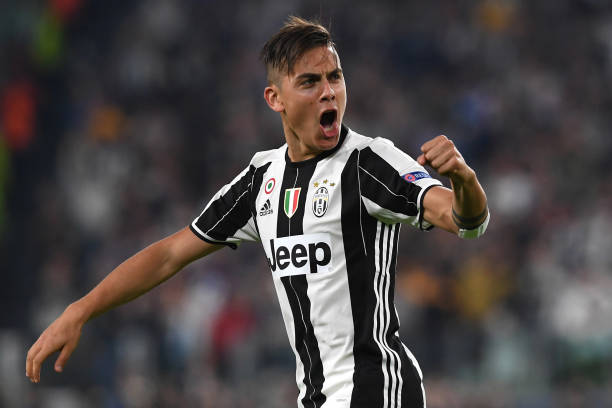 The Bianconeri defender does not believe his team-mate could command the type of fee rumoured to be considered by PSG.

Paulo Dybala is yet to reach the levels of Neymar, says Juventus defender Giorgio Chiellini, amid reports that the Argentine is a target for Barcelona.

With suggestions that Paris Saint-Germain are seeking a €222million move for Neymar, Dybala has been suggested as a potential replacement for the Brazil international.

Neymar scored a brace in Barca’s 2-1 win over the Serie A champions in the International Champions Cup, but is reportedly receptive about agreeing terms with PSG, provided they meet his buy-out clause.

And Chiellini believes Neymar is the likeliest player to challenge Cristiano Ronaldo and Lionel Messi for the Ballon d’Or, with 23-year-old Dybala further behind in his development.

“Dybala isn’t worth as much as Neymar is today, with all the respect and great esteem that we all have for Paulo,” the Italy centre-back said to Premium Sport.

“I said it last season, Neymar is at the level of Messi and Ronaldo, and he’s their designated heir for the Ballon d’Or.

“Neymar’s valuation? They’re huge numbers but ones that apply to a player that changes the course of a game and a season almost single-handedly. Therefore it is right for a team to spend a certain figure if they have the opportunity to do so.”

📸 Photo action from #JuveBarça at the MetLife Stadium – a win to start the preseason! #BarçaUStour pic.twitter.com/sIzIE4J5dz

Chiellini has spent the last seven seasons building a formidable partnership with Leonardo Bonucci, along with compatriots Gianluigi Buffon and Andrea Barzagli, but Juve will be without the 30-year-old after his surprise sale to AC Milan in a €42m deal.

“Good or bad, he’s been a companion of mine in everything,” Chiellini said. “I’d seen him more than Gigi, Andrea and anyone else, including our families, in the last seven years.

“I’ll miss him so much on a human level, but maybe another defender will arrive, who will allow us to catch breath and conserve our energy in the best way possible.

“We were five defenders, but now we’re four top defenders, with different characteristics, which sincerely makes me less worried.”