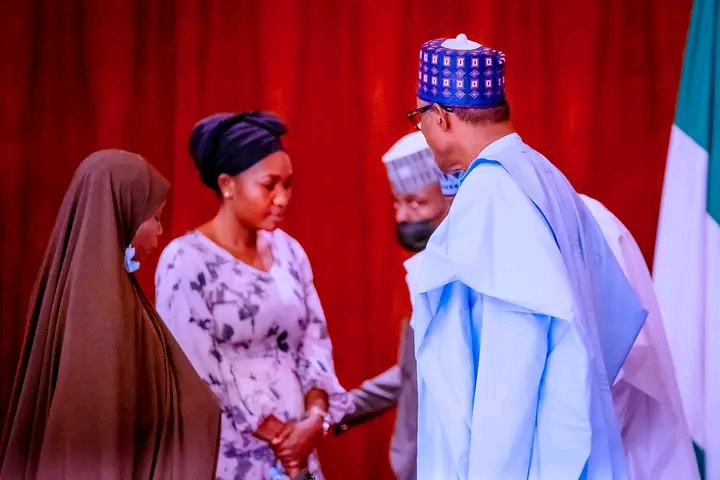 President Muhammadu Buhari on Thursday met with representatives of families of remaining hostages still in captivity.

The President assured them of his administration’s effort to rescue all the 31 hostages taken in a train attack and return them “safe and unhurt”.

Okay.ng recalls that on March 28, armed men blew up a train travelling between Abuja and Kaduna and opened fire, killing eight people, wounding 26, and taking an unspecified number of passengers hostage.

A week later, one hostage was freed. He was a top bank executive released by the bandits on account of his “advanced age” and as a “goodwill gesture” for Ramadan, the Islamic holy month of fasting.

Dozens of hostages have already been freed following negotiations, but 31 remain in captivity.

“I have been informed that at last count, there remain about 31 people in the hands of the kidnappers,” Buhari told representatives of the families of the hostages in Abuja on Thursday.

He said his government would ensure the safe return of the remaining hostages to their families.

“My primary concern is to get everyone released safe and unhurt,” he assured.

The president commended the security forces on recent successes against kidnappers and “terrorists”.

“In the past couple of days, you must have heard about the number of terrorists neutralised by the military, and a number of hostages freed. These efforts will not stop, or reduce,” he said.

“We must take the fight to the terrorists and demonstrate that there is no hiding place for them within the borders of our country,” he said.

“Each one of them will be hunted, and pursued and spoken to in the language that they understand,” he added.