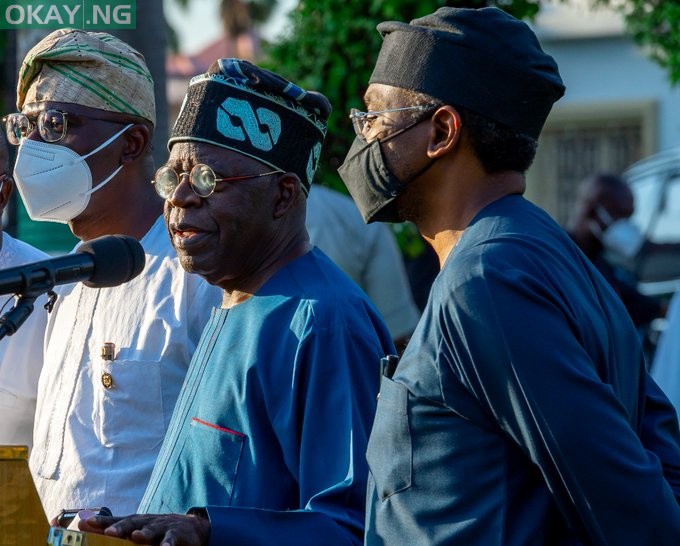 Leaders of the All Progressives Congress (APC) in the south-west on Sunday met in Lagos and kicked against agitations for secession across the nation.

The meeting was attended by national leader of the APC, Bola Tinubu; the five south-west governors, Speaker of the House of Representatives, Femi Gbajabiamila; and other stakeholders.

The leaders also endorsed the ban on open grazing by southern governors, according to a communiqué at the end of the meeting signed by former interim national chairman of the APC, Bisi Akande.

Parts of the communiqué read: “They express their strong opposition to separatist agitations and hate speeches. While urging those indulging in such to desist forthwith, they renew their belief in the unity, stability and sustainability of the country.”

“We note with significant concern the security situation in the country. Terrorism and violent criminality threaten many areas, adversely affecting the lives and livelihoods of too many innocent and peace-loving Nigerians,” the communiqué further read.

“While mindful of the resource and other constraints facing the nation, we urge the federal government to continue to make the necessary expenditures and allocate sufficient resources to enable the military and security agencies to tackle the difficult security challenges confronting us.

“We urge government at all levels, security agencies, and public leaders across the country to do everything possible to prevent tension so that we sustain the necessary unity to defeat these challenges to our national security.

“All responsible Nigerians must speak and act in a manner that strengthens our common cause against these common threats to our collective peace, justice and development.

“We restate our abhorrence of violence as a means to achieve either political or economic power and influence. We strongly condemn violence of any form in any part of the country, regardless of ethnic or regional identity of the perpetrators of the violence or of the victims. Government must do all it can to protect potential victims and to assist those who have previously been victimized by terrorism or widespread banditry.

“We hold to the view that true federalism where more power and resources are allocated to the states will be an essential part in strengthening society and improving democratic governance so that we beat the present challenges but also engender durable peace and security.”