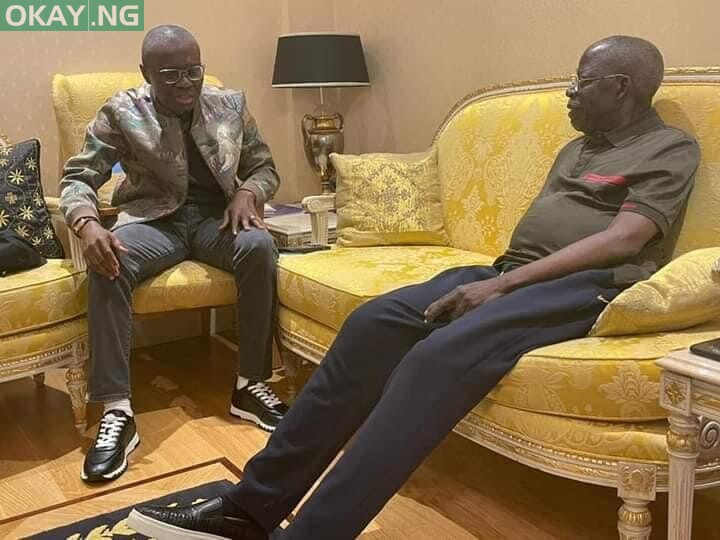 Governor of Lagos State, Babajide Sanwo-Olu, has revealed the reason he met the National Leader of the All Progressives Congress (APC), Asiwaju Bola Tinubu, in London.

Sanwo-Olu speaking on the sidelines after inaugurating 102 compactor trucks and 100 double dino bins acquired by the Lagos State Waste Management Authority (LAWMA) on Wednesday said he visited Tinubu over the rumour on his health condition.

According to Sanwo-Olu, Tinubu is well and healthy and they discussed happenings at the party and Nigeria.

“My going to see our leader was really around the rumours flying around about him.

“He is well and healthy. We discussed happenings in our party and country at large. All is well with him as I saw myself and there is nothing to worry about,” he said.

Okay.ng recalls that reports had emerged that died abroad during a medical check-up.

His spokesman, Tunde Rahman, however, denied the news stating that the APC National Leader is not sick, hospitalised nor dead.