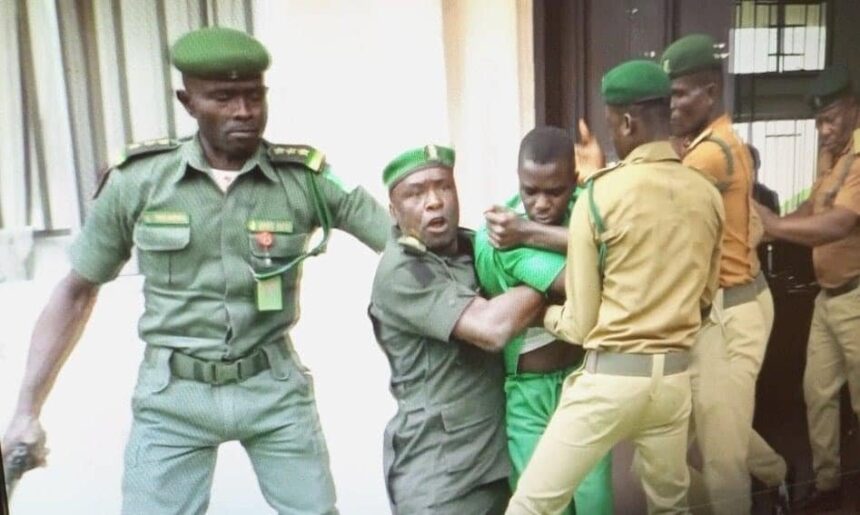 Uduak Akpan, the convicted killer of Akwa Ibom jobseeker, Iniobong Umoren, attempted to escape after he was sentenced to death at the Akwa Ibom State High Court on Thursday.

He was however overpowered by security operatives.

Okay.ng had reported that the Akwa Ibom State High Court on Thursday sentenced Uduak Akpan to death by hanging for the murder of Iniubong Umoren.

The presiding Judge, Bassey Nkanang, gave the judgement after finding Akpan guilty of rape and murder.

Justice Nkanang ordered that the convict should be hung on the neck till he dies.

It can be recalled that Umoren, a graduate of Philosophy, University of Uyo, was killed on April 2021. She was job hunting while awaiting mobilisation for the compulsory National Youth Service Corps (NYSC) scheme.