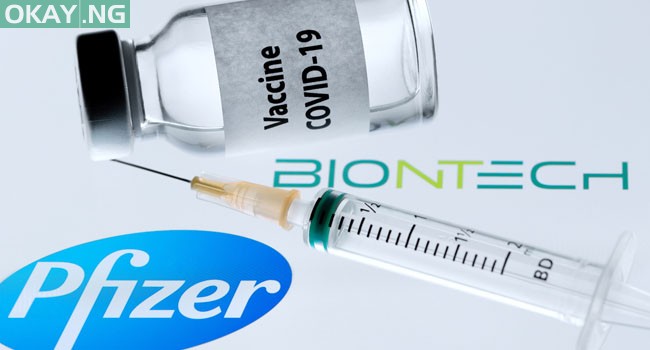 The US green-lighted the Pfizer-BioNTech Covid-19 vaccine late Friday, paving the way for its imminent rollout across the country, with President Donald Trump promising the first immunizations would take place “in less than 24 hours.”

“I am authorizing the emergency use of Pfizer-BioNTech COVID‑19 Vaccine for the prevention of COVID-19,” Denise Hinton, the Food and Drug Administration’s chief scientist wrote in a letter to a Pfizer executive.

President Donald Trump immediately released a video on Twitter, where he hailed the development.

“The first vaccine will be administered in less than 24 hours,” Trump said in a televised address released on Twitter.

“Through our partnership with FedEx and UPS, we have already begun shipping the vaccine to every state and zip code in the country,” he said, adding that governors would decide who would receive the shots first in their states.

The US is now the sixth country to approve the two-dose regimen, after Britain, Bahrain, Canada, Saudi Arabia and Mexico.

It comes as infections in the world’s worst-hit country soar as never before, with the grim milestone of 300,000 confirmed deaths fast approaching.

The move capped a day of drama after it was widely reported in the US media that the White House had threatened to fire the FDA chief Stephen Hahn if he did not issue the EUA Friday.

Hahn disputed the reporting but nonetheless gave the order, which was previously expected either over the weekend or early next week.

The US will now undertake a complex logistical operation to ship millions of doses out to hospitals, clinics, pharmacies, and long-term care facilities across the country.

The distribution is being overseen by a military general as part of Operation Warp Speed, but handled by private sector partners like FedEx who are using special boxes to manage the vaccine’s cold storage requirement of -70 degrees Celsius (-94 degrees Fahrenheit).

The decision is a win not just for American pharmaceutical giant Pfizer and its smaller German partner BioNTech, but also for the mRNA (messenger ribonucleic acid) technology the vaccine is based on.

The new technology delivers genetic instructions to human cells to make them express a surface protein of the SARS-CoV-2 virus.

This simulates an infection and prepares the immune system in case it encounters the real virus.

Developing these vaccines is faster than more traditional approaches. But their main drawback is that mRNA molecules, which are encased in fatty particles, have to be stored at ultracold temperatures.

The US hopes to vaccinate 20 million people this month, counting on a second vaccine, developed by Moderna and the National Institutes of Health, to come through next week.

This second vaccine is also based on mRNA.

Health care workers and long-term care facility residents are at the front of the line.