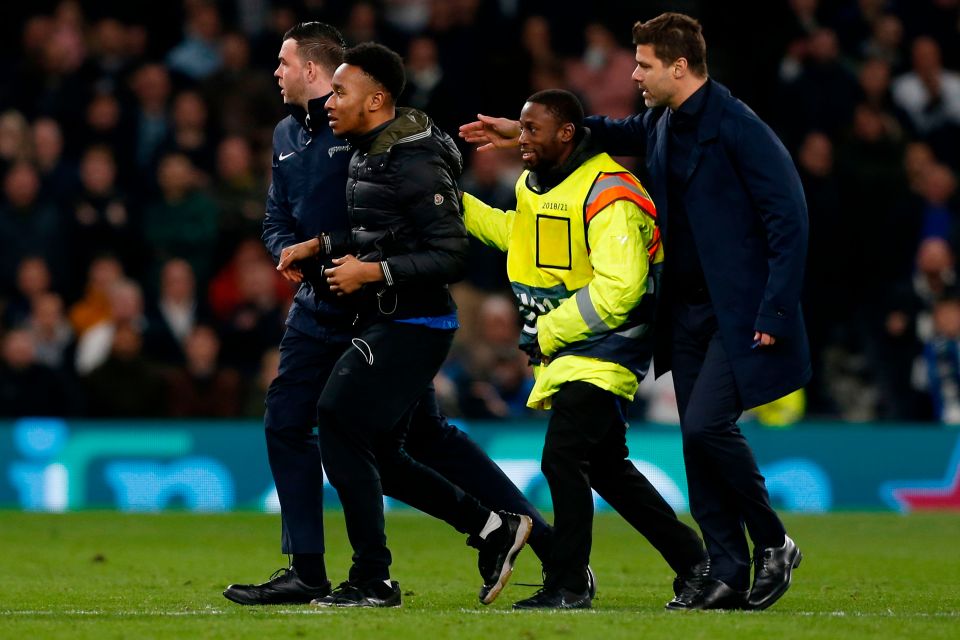 Tottenham has been charged by UEFA for fan invasion during their Champions League quarter-final first leg win against Manchester City.

The administrative body for association football on Thursday said the charge was handed to Spurs for “field invasion by supporters”.

Okay Nigeria can recall that a fan ran onto the field as a goal was netted by Son Heung-min late in Spurs’ 1-0 victory over Man City on Tuesday.

In another news, Ajax were also charged for throwing of objects, crowd disturbances and blocked stairways during their 1-1 draw with Juventus on Wednesday.