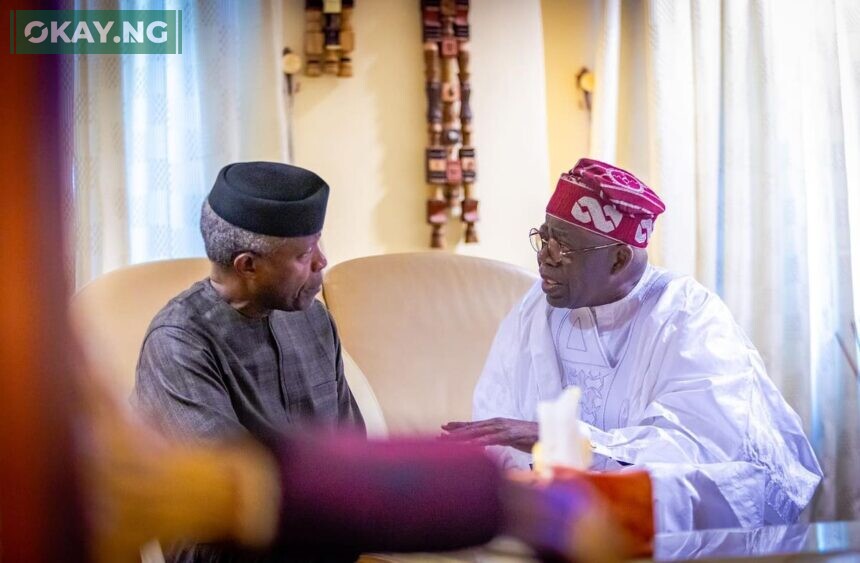 Bola Tinubu, the Presidential Candidate of the All Progressives Congress (APC) in the 2023 polls, says he has forgiven Vice President Yemi Osinbajo.

Tinubu said this when he addressed a group in Kano that worked for the presidential bid of Osinbajo.

Okay.ng recalls that Osinbajo contested to be the presidential candidate of the APC despite Tinubu being in the race.

However, Tinubu while speaking to the support group said he has nothing against Osinbajo.

“I have nothing against him. I have been to his house after the primaries,” he said.

“I saw him on the day of the goodwill message to the retreat organised by the president.