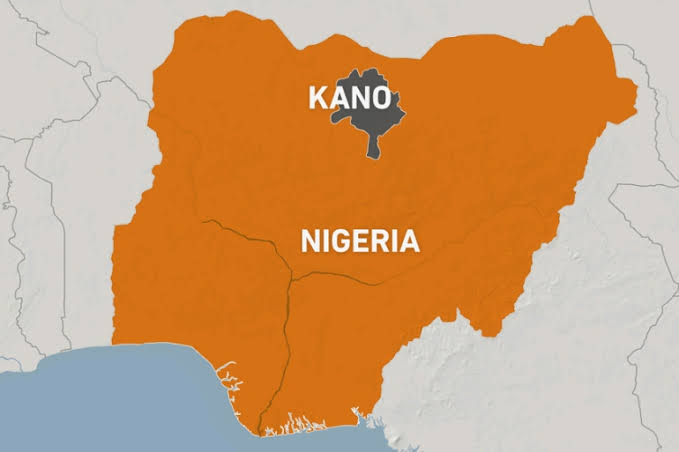 Tragedy struck in Tarai village of Kibiya Local Government Area of Kano State following the collapse of a building that led to the death of three siblings.

The father of the deceased, Abubakar Usman, told the Executive Secretary of State Emergency Management Agency, Saleh Jili when he led a delegation on a condolence visit to the village.

He listed the deceased as Umar Abubakar, Aliyu Abubakar and their sister Aisha Abubakar.

According to the father, the siblings aged four, five and seven lost their lives on Sunday 7th August when their mother’s room collapsed after two days of heavy rainfall.

He said, ”I received a call from a relative informing me of the demise of my three biological children as I was out of town on a business trip.

“On the 17th day I received a call at 6:am that one of the rooms in my house has collapsed and led to the death of all my three children“, the father of the deceased children explained.

The chairman of the LGA, Alkasim Shike, commended SEMA and Kano state government for the timely intervention and donation of relief materials.

He said that shortly after the incident, the local government council provided necessary assistance to Abubakar’s family.

“We are appealing to the people to take note of all that will lead to this kind of disaster,” he said.

The Executive Secretary of SEMA, Saleh Jili, who led a delegation to Kibiya, said Governor Ganduje was deeply saddened by the death of the young children.
He said that the agency would compile a comprehensive report for onward submission to the State Government for proper action.

Jili said that the agency had provided mattresses, pillows, food items and building materials to the deceased family.

“We advise the public to desist from building on waterways,” he said.

The district head of Kibiya who doubles as Sarkin shanun Rano, Alhaji Abubakar Ila, prayed for the repose of the souls of the deceased.