The Senate has ordered retired Col. Hameed Ali, the Comptroller-General of Nigerian Customs Service to appear before it at 10 a.m. on Thursday. 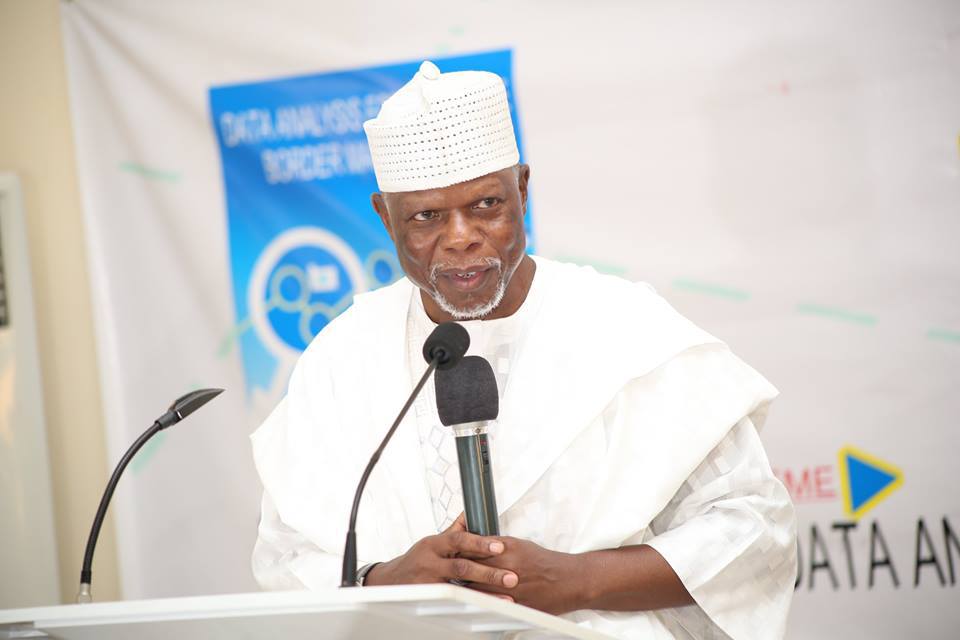 This order followed Ali’s letter to the President of the Senate, Dr Bukola Saraki and read to the Senators during the plenary session on Wednesday.

In the letter, Ali said: “The decision for payment of customs duties by vehicle owners who do not have them as prescribed by law is currently being reviewed.

“The goal of the review is to take a broad additional input from stakeholders and public on this aspect.

“I will welcome the opportunity to unveil our findings on the way forward to improving our capability to block major drainages in the nation’s economy without adding to hardship and within our mandate.”

On the to appear in Customs’ uniform, Ali advised the Senate to avail itself of the legal basis for its decision.

“I am similarly seeking legal advice on this issue so that both the Senate and I will operate within the proper legal framework.

“I regret my inability to answer the Senate’s invitation owing to the recent bereavement. I will, however, make myself available whenever I’m needed in future”, Ali said.

In a swift reaction, Sen. Kabiru Marafa (APC-Zamfara), said he was not against any move to bring about peace because peace was priceless.

“But I am totally against anybody that will attempt in any way to rubbish any institution of the Federal Republic of Nigeria. The letter written for the Comptroller-General was an affront and a slap on this institution; for the C-G to instruct somebody to write a letter to the Senate is not acceptable.

“The C-G needs to know that we did not appoint ourselves into these positions. For a (retired) military officer, a profession that is grounded in the discipline to do a thing like this is unacceptable.

“We need to tell the C-G that if he wants respect from us, he must respect this institution. The tension is quite unnecessary and avoidable”, he said.

He called on the C-G to retract the letter immediately or face full sanction in the matter. Sen. George Sekibo (PDP-Rivers), said the issue before the Senate was a constitutional matter.

“The National Assembly is the arm of government that makes law and carries out oversight functions based on its standing rules and the Constitution.

“We are not joining issues with other arms of government; our own is to give orders.

“Instead of coming through oratory, our duty is to direct him to come and if he refuses, we issue a warrant and compel him to come”, he said.

Sekibo moved a motion that the Senate applied the provisions of Section 89 of the 1999 Constitution (as amended) ordering the C-G to appear before it on Thursday.

The News Agency of Nigeria (NAN) reports that Section 89 of the Constitution says: “for the purpose of any investigation, under Section 88 of this Constitution and subject to the provision thereof, the Senate or the House of Representatives…shall have the power to procure all evidence written or oral, direct or circumstantial.

The provisions also empowered te legislature to examine all persons as witnesses whose evidence will be material or relevant to the subject matter, and to request such evidence to be given on oath.

The legislature is also empowered to issue a warrant to compel the attendance of any person who after having been summoned to attend, fails, refuses or neglects to do so and does not excuse such failure to the satisfaction of the House in question.”

Deputy President of the Senate, Ike Ekeremadu, who seconded the motion by Sekibo, said the matter was not about the C-G of Customs “but about our laws and our people.

“It is about harassing the ordinary people in the street on matters that do not concern them. If you import rice and I buy, it is not my business if you paid import duty or not on the rice. So, I think the C-G of Customs has to come and brief us.”

Senate President Bukola Saraki said “The action that we have taken in my view would have been easily avoided if these institutions respect the laws and constitution that we all have sworn by.

“Nobody is above the law. So, the C-G of Customs must make himself available on Thursday and make his case.”

NAN recalls that the Senate had on Tuesday insisted that Ali must appear before it in the appropriate uniform even as he sought for permission to be absent.

There was an earlier mandate on him by the Senate to appear in plenary session in appropriate uniform on Wednesday, March 15, unfailingly, to address the issue of customs import duties on vehicles.