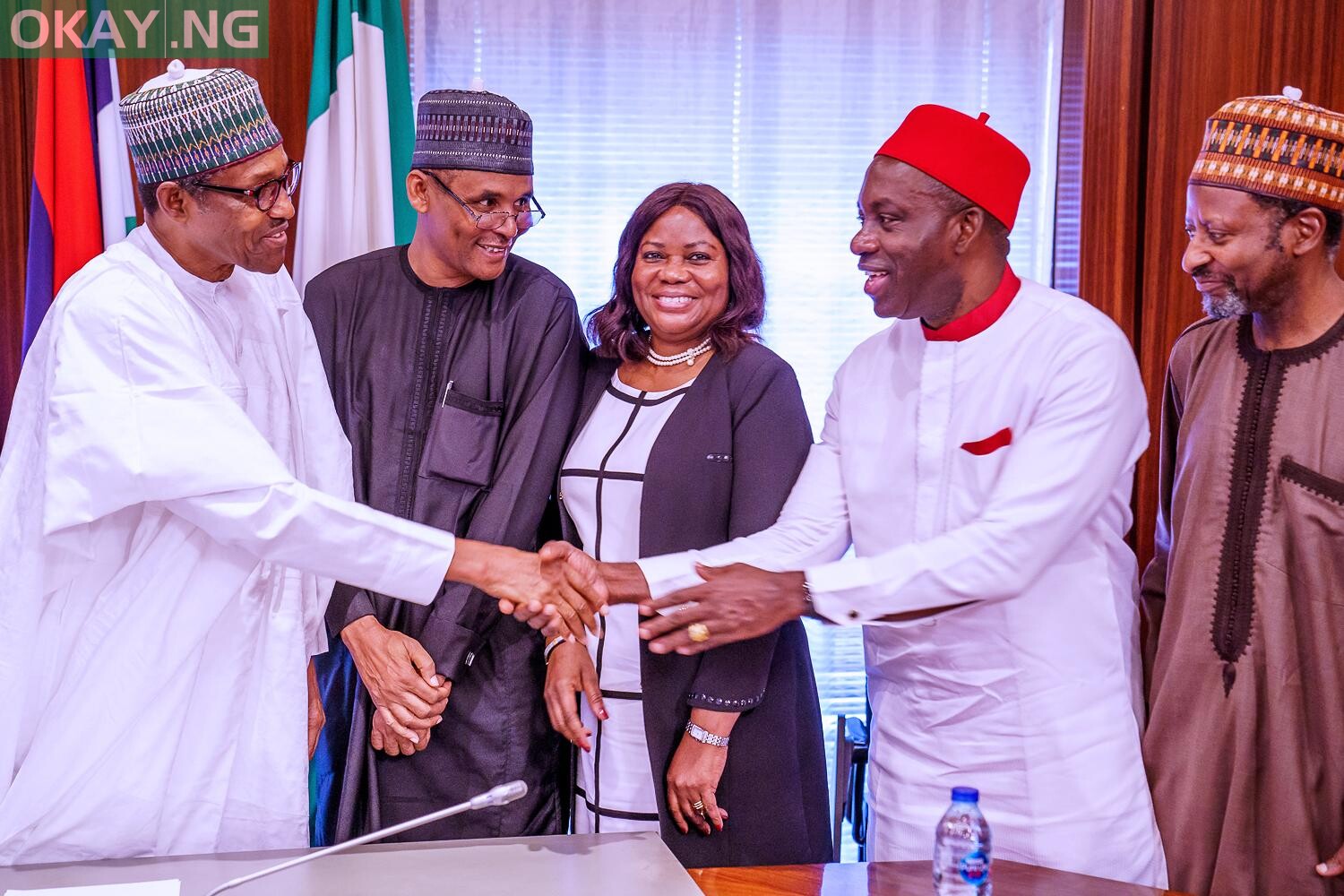 Buhari said this in a congratulatory message to the former governor of the Central Bank of Nigeria (CBN) on his victory in the 2021 Anambra governorship election.

The President in the message shared via his Facebook page said he looks forward to working with Soludo.

It reads: “I congratulate Prof. Charles Chukwuma Soludo, the candidate of the All Progressives Grand Alliance (APGA) — and a member of the Presidential Economic Advisory Committee (PEAC) — on his victory in the Anambra State gubernatorial election.

“I commend the security agencies for their determination to ensure that the election went on as smoothly as possible, and the Independent National Electoral Commission (INEC) for the successful conclusion of the exercise, despite the initial challenges encountered.

“I enjoin Prof Soludo to rally other stakeholders to tackle the enormous challenges confronting Anambra State and the Southeast in general.

“I look forward to working with him for the peace, security and development of Anambra State and the entire country.”

Okay.ng had reported that the Independent National Electoral Commission (INEC) on Wednesday declared Soludo the winner of the election which was held on November 6.