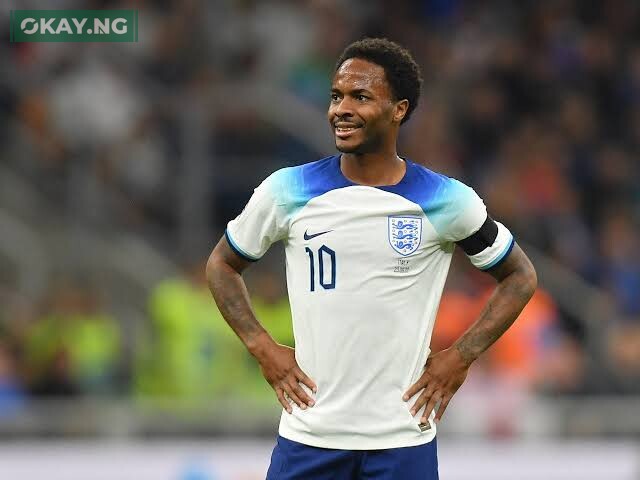 England and Chelsea forward, Raheem Sterling has left the World Cup tournament in Qatar to attend to his fiancee and children at his Surrey residence.

Sterling made the urgent trip following the news that his home was burgled while his family – fiancee Paige Milian and two children – were still inside, Daily Mail reports.

It was not, however, clear whether the Three Lions star will return to Qatar to continue his participation in the tournament.

Report revealed that thugs invaded Sterling’s home and stole watches worth £300,000 while Milian was home with two children.

The 27-year-old requested to go home to be with his family at the difficult time aftermath of the crime.

England manager, Gareth Southgate disclosed this to his teammates after the victory over Senegal on Sunday evening.

“He is dealing with a family matter,” Southgate said.
“I had quite a bit of time with him this morning but I have had to pass that on to other people to help him with that.

“He will go and deal with that matter and we will have to take it from there.”

England face France in an eye-watering quarter final next weekend.

Sterling’s teammate Declan Rice also spoke about it to reporters.

Rice said, “I saw him at breakfast this morning then the manager said he had the difficulties at home so we’ve all sent him a message.”

“We want to give him that space and we will see over the next few days how that develops.”