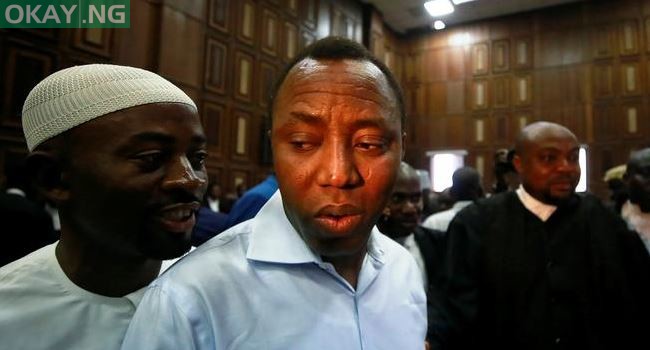 Omoyele Sowore, convener of RevolutionNow Movement, has finally regained freedom on Thursday after spending 124 days in the custody of the Department of State Services (DSS).

Okay.ng recalls that the DSS arrested Sowore since August 3 some days to his planned #RevolutionNow protest.

A court had earlier granted him bail but the DSS refused to release him.

A Federal High Court in Abuja on Thursday ordered the DSS to release Sowore within 24 hours.

The court also asked the DSS to pay a fine of N100,000 for disobeying an order.

Marshall Abubakar, one of the lawyers of Sowore, confirmed to Okay.ng some minutes ago that his client has been released.

“He has been released. I am with him as we speak,” said in phone call.