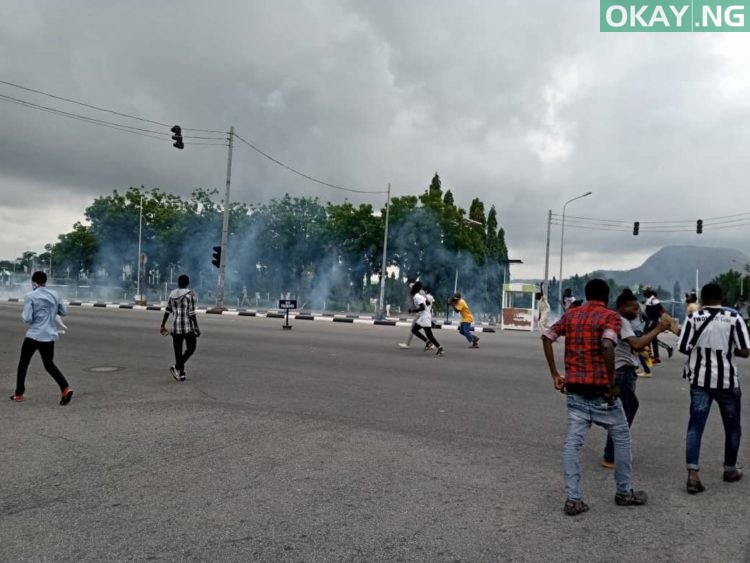 The Islamic Movement of Nigeria (IMN) has denied killing Deputy Commissioner of Police in charge of Operations at the FCT Command, Usman Umar, in a clash between the Shiites and police personnel in Abuja.

The group however said policemen themselves killed the officer and 11 of their members.

Spokesman for the group, Ibrahim Musa, in a statement sent to Okay.ng on Monday evening denied police’s claim that the group members use firearms.

“Abuja today yet again witnessed one of the worst cases of blatant trampling of the rights of citizens ever seen in the Federal Capital, when joint security forces consisting of both uniformed men and officers of the Nigerian Police Force and others in mufti, unleashed their fury on a Free Zakzaky protest by members of the Islamic Movement.

“The procession, attended by several thousands of persons, including very young children, the aged, women and the physically challenged, met with an extreme rage indicative of deep seated animosity the Nigerian authorities bear for the Movement.

“What actually happened was that the protesters started the procession from NITEL junction and on getting to federal secretariat the police cordoned off the road and started firing at them.

“A lot of people have been shot but for now we can only confirm 11 deaths, but several are injured, the figure for now stood at 30. Though we are aware of the fact that the security agents have been going around taking off those they killed from the streets.

“Even some seriously injured persons that were taken to Abuja University teaching Hospital Gwagwalada; the police went there and took away about 11 people they shot during the protest.

“We strongly dispute the claim by the police that the protesters shot at them because throughout our processions we have not been carrying any arms right from 2015 to date. It was also the police who shot at the Reporter of Channels TV, another indication that many innocent people were shot at by the police, including some of their own.

“In this era of social media the brutality displayed by the police today has been captured with some pictures showing the police setting up the bonfires and there are videos that captured the police carting away their victims.”