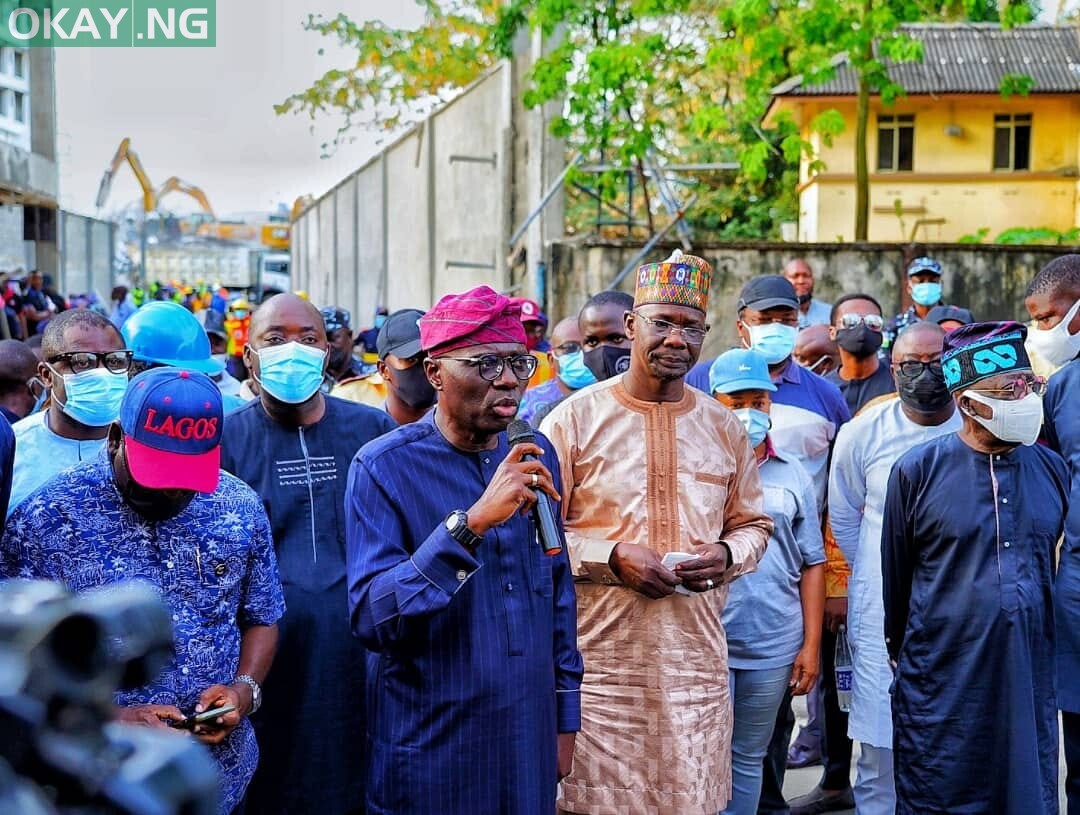 Governor of Lagos State, Babajide Sanwo-Olu, says the number of persons that died in the collapse of a 21-storey building in the Ikoyi area of the state has increased to 42.

The governor made this disclosure when he gave an update on the search and rescue operation at the scene on Saturday.

Sanwo-Olu was at the site of the incident with the national leader of the All Progressives Congress (APC), Bola Tinubu, and Nasarawa State governor, Abdullahi Sule, among others.

According to the governor, 15 survivors have been recorded so far.

Furthermore, Sanwo-Olu said 49 families so far have filed the missing persons’ register as of Saturday morning.