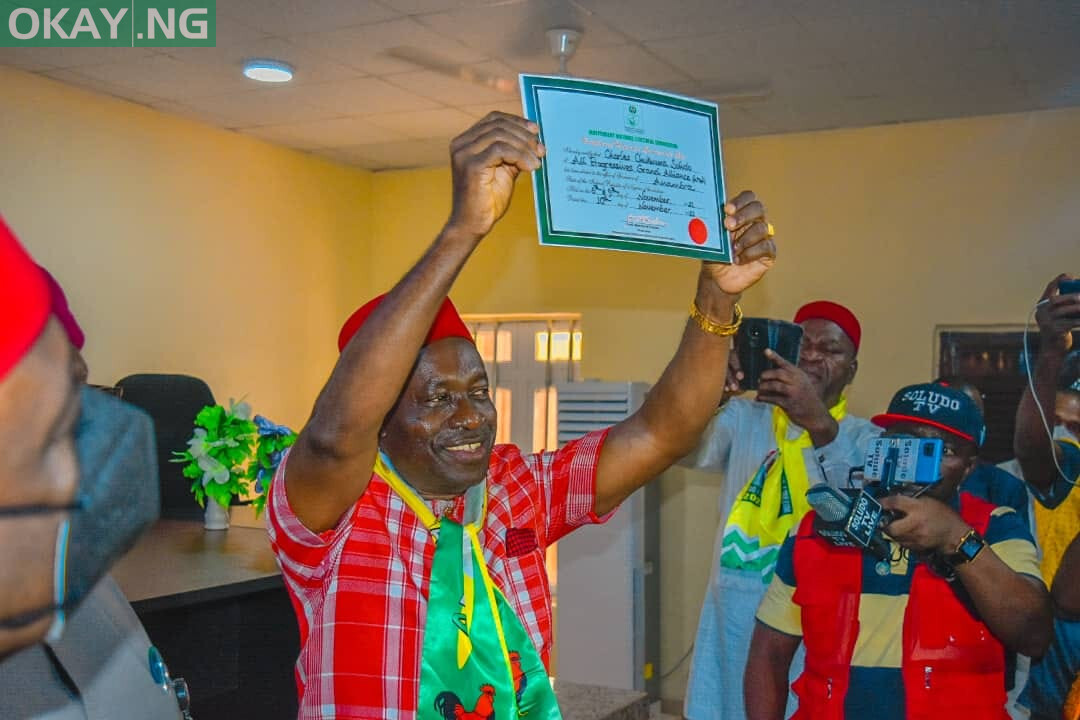 Charles Soludo, the governor-elect of Anambra State, has received his Certificate of Return from the Independent National Electoral Commission (INEC).

INEC presented the certificate at a ceremony on Friday in Awka.

Soludo had emerged the winner of the just-concluded guber election in Anambra State after polling 112,229 votes to defeat Valentine Ozigbo of the Peoples Democratic Party who polled 53,807 votes, Senator Andy Uba of the All Progressives Congress who got 43,285 votes and Ifeanyi Ubah of the Young Progressive Party who polled 21,261 votes.

See pictures from the presentation ceremony where his Deputy Governor-elect, Onyeka Ibezim, also got his Certificate of Return.