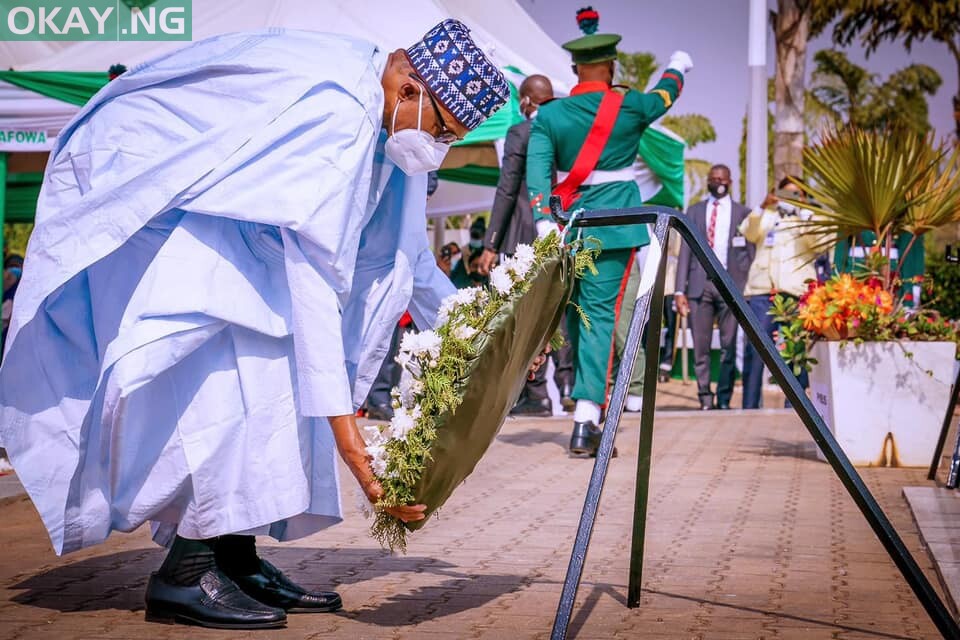 Buhari, who arrived the Arcade at about 10.05am had earlier inspected a guard of honour mounted by combined Army, Navy and Air Force personnel before laying the wreath at 10.28am.

Vice President Osinbajo was next to lay the wreath after Buhari followed jointly by President of the Senate, Dr Ahmad Lawan and Speaker of the House of Representatives, Hon Femi Gbajabiamila and Chief Justice of the Federation, Justice Tanko Mohammed.

The President later signed the Remembrance Anniversary in the company of Osinbajo, the leadership of the National Assembly and the service chiefs.