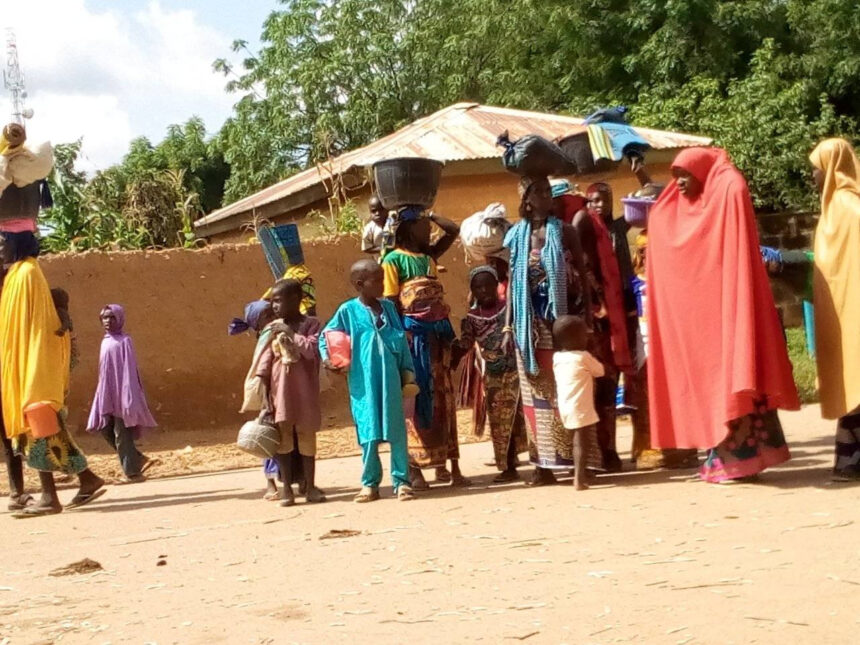 No fewer than 30 people, mostly women and children, drowned on Wednesday when the two canoes they were traveling in capsized. They were escaping a terrorist attack in their community in Zamfara State.

Residents of Birnin Wajje in the Bukkuyum region of Zamfara State claimed that at 6 o’clock was when the terrorists entered the community.

A riverside community called Birnin Wajje is located two kilometers from Bukkuyum, the seat of the local government.

A local source told a journalist over the phone that “the terrorists attacked the village while people were preparing for the dawn prayers and started firing irregularly.” The source begged to remain anonymous out of concern for their safety.

They came in from the western side of the hamlet, but before they went very far, other inhabitants began to run to Zauma (a community across the river), so they had to cross it.

Ibrahim Zauma, who is also from the area and serves as Director-General to Governor Bello Matawalle on New Media, confirmed the occurrence on his Facebook page.

“An unknown number, mostly women and children, got drowned after two boats crashed following an onboard stampede of displaced refugees retreating from chasing bandit terrorists at Zauma ferry station,” he claimed.

Zauma claimed he had not yet received all the information regarding the accident when reached by phone. A local of Bukkuyum named Abubakar Shehu claimed that the overload caused the boats to capsize.

The terrorists take over the community, according to Okay.ng sources Lawali Sambo, another eyewitness from Zugu, a nearby community, claimed that the jihadists have seized control of Birnin Wajje.

He claimed that a group of vigilantes made an attempt to thwart the attack but were routed by the terrorists.

The entire community has remained under the bandits’ control since that time yesterday (6:15 p.m.).

Numerous people have been confined to their homes. The robbers slept in the neighborhood, and we’ve heard that they’re still there, the man stated.

Because “the Birnin Wajje side is still under the control of bandits,” according to Mr. Sambo, the rescue crews trying to recover the drowned victims’ remains had to do it from the Zauma side of the river.

The known phone number for Mohammed Shehu, the police spokesperson in Zamfara State, was inaccessible. The number did not reply to an SMS that was sent to it.