However, Tope Alabi in a video which surfaced on social media said God isn’t her guarantor because he’s more than a guarantor.

“Look at the enormous things God has done and somebody now came out to say Oniduromi e seun. God is not my own guarantor.

“God is more than a guarantor. I also loved that song, but the day I wanted to sing it, the Holy Spirit said ‘shut up your mouth.’

“This is not like saying a song is not good. When you receive a song in the spirit, there are some deliberations you must have with the Holy Spirit before releasing it to the public, otherwise, if you release it the way it comes, individuals will just be singing rubbish. He has given us the brain to digest through it very well, then bring it back,” Tope Alabi said in Yoruba language.

Tope Alabi’s comment on the song was not taken lightly as she was slammed on social media.

Here are some reactions below:

Adetunbi Saheed Ige: “Now I can understand. Tope Alabi thinks she can be the champion forever? This woman is giving her a run for her money in praising God and Aunty Tope just wants to bully her to silence. It is not possible. This woman just hit global limelight due to Tope Alabi’s envy.”

Babajide Oderinde: “Whatever Tope Alabi’s real intention was with the unchristian-like and childish stunt she pulled, she has only succeeded in making this gifted woman more popular. Although I have been listening to her soul lifting songs for some time now, but I didn’t know what she looks like until now. This is a case of God using your enemy’s antics to lift you up. The kinda hatred and earthly competition that runs in Christendom.”

Paul Olayemi: “You people don’t really know how God has done it for the lady that sang the song to be more famous. God has used the so-called Tope Alabi to be her advertising channel without any payment. She believes she was bringing her down without knowing the criticism she did to her will turn to her uplifting. Tope Alabi, thanks for the free advert you did to promote the lady through your jealousy.”

Anuoluwa Iyiola: Tope Alabi gets pride. Imagine her attending a christain programme, if you don’t pay her up to N250k, she can never come, if not more. Business gospel artiste, I am not saying they should not give you money, but gospel is not for sale.

Princess Paulin: Abraham was great, Isaac was very great, but Jacob was exceedingly great. Alaseyori, it’s your time to Yori. If you know, you know. 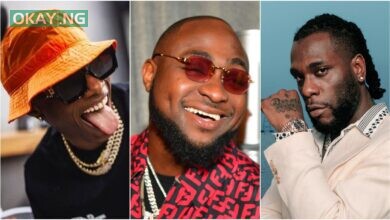 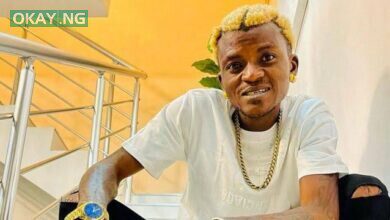