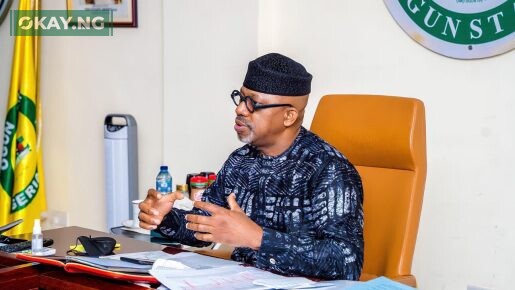 Yesterday, the Ogun State Government, led by Dapo Abiodun, made a significant step toward turning the state into an oil-producing one when Gasoline Integrated International said it was willing to construct a N3b refinery in Tongeji Island, Ipokia Local Government Area.

Kunle Somorin, the governor’s chief press secretary, said in a statement that once the refinery is finished, it will be able to turn 400,000 liters of crude oil into gasoline each day.

When he led the company’s directors on a courtesy visit to Governor Abiodun in his office at Oke-Mosan, Abeokuta, the company’s chairman, Dr. Lukman Bolaji, disclosed this. He also mentioned that the firm is involved in upstream and main stream activities and had recently acquired an oil block at Tongeji Island.

He stated that 800 hectares of land had already been purchased for the project.

“We are introducing N3 billion in new capital into the State. If not for the COVID-19 pandemic, we would already be on the scene.

We plan to serve our immediate surroundings before bringing it outside, thus with this initiative, Ogun State will always have security and guarantee of petroleum products, Bolaji noted.

He also indicated that the company will produce 110 Mega Watts of electricity, starting with 37 Mega Watts, and that the project would increase the economy by generating around 10,000 direct and indirect jobs.

Internally generated state funds are used to transmit technology to Nigerians, improve infrastructure, and other purposes.

Nevertheless, he stated that Chinese technology would be used in the project, which would be completed in 36 months. It would be an international organisation with representatives from Nigeria, Taiwan, and the US.

The Olowu of Owu, Oba Saka Matemilola, who led the team, also spoke. He explained that the company was in the state to prospect for oil and build a refinery for petroleum products. He claimed that the project would help the state become an oil-producing one in the near future.

In response, Governor Abiodun said Ogun and Lagos States consume nearly 70% of all petroleum products in Nigeria, adding that the project was initiated after the state lost a project of a similar nature to a neighbouring state.

The governor emphasised that the initiative is in line with his administration’s public private partnership agenda to advance individual prosperity and hailed it as a positive development.

Abiodun referred to Ogun West as a crucial region that has significantly contributed to the state’s status as the nation’s industrial centre. He also stated that his administration was adamant about helping the region industrialise by paying attention to it in line with its economic agenda.