Muslims espicially the Hausa people of Northern part of Nigeria have dragged Ahmed Musa for posting a loved up picture with his wife.

In the picture shared on his offical Facebook handle, Ahmed Musa was seen smiling and looking at the camera while his beautiful wife gave him a peck of kiss. 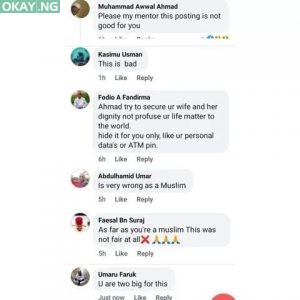 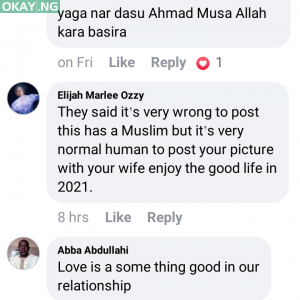 Unlike how many will think, Islam doesn’t prohibit a man from treating his wife lovely neither did the religion prohibit romance between married couple.

However, in the Hausa Culture, couples aren’t permitted to touch or show love to each other in public as that is regarded as unshyness.