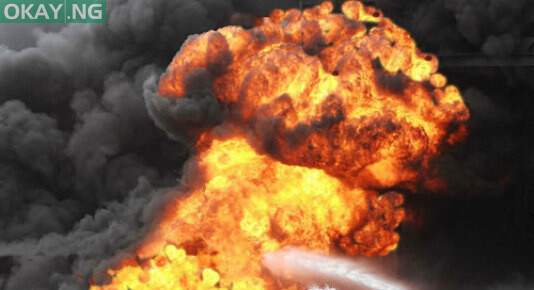 The Nigerian Petroleum Development Company (NPDC), an upstream subsidiary of the Nigerian National Petroleum Corporation (NNPC), has reported an explosion at a production facility in Oil Mining Lease (OML) 40.

The corporation disclosed this in a statement signed by its spokesman Dr Kennie Obateru on Tuesday in Abuja.

Obateru said the OML 40 was being managed by its partners, Elcrest Exploration and Production Nigeria Ltd.

According to him, the incident happened while carrying out production evacuation at Gbetiokun Early Production facility.

He said that there were no fatalities or injuries and no significant spill in the incident.

“There was, however, significant damage to the marine storage vessel, MT Harcourt, which will impact production by about 10,000barrels of oil per day.

“NNPC has since commenced investigation to ascertain the cause of the incident with a view to averting future occurrence,” Obateru said.