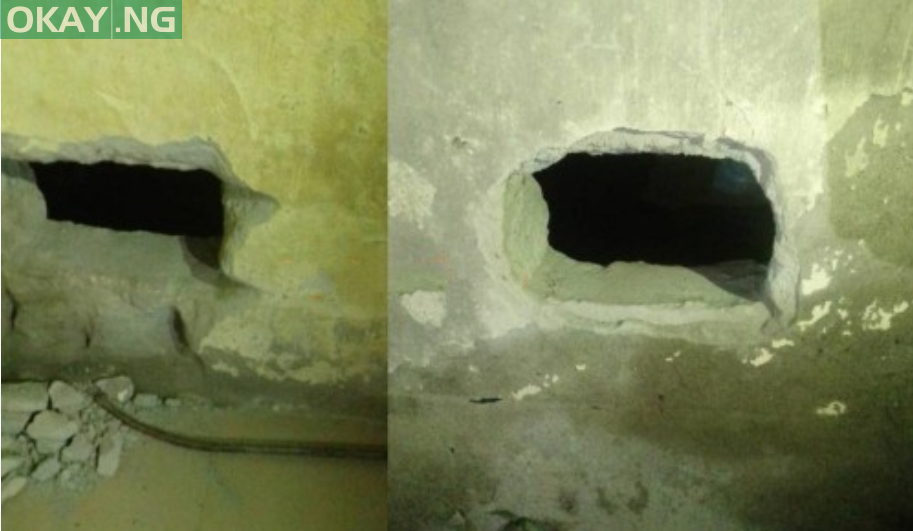 A 27-year-old Nigerian drug kahuna identified as Chukuda Onyabu and his partner in crime, a 26-year-old Ghanaian man named Emmanuel Osei who were locked in Abokobi Police Cells near Adenta in the Greater Accra Region has  escaped from the  prison.

The two naughty young men were facing charges of possession of narcotic drugs and conspiracy to commit crimes and stealing were detained in police custody awaiting the next court date.

Yet, on 1st January 2021, the Ghanaian policemen observed that suspected criminals had escaped from the cell using an iron rod used at the ventilation hole of the bathroom’s door to scrape a portion of the cell’s wall and removed one of the blocks and escaped through the hole of the block they removed.

As of the time of compiling this report, efforts have to arrest the suspects whose images have been circulated to various police media in the country.