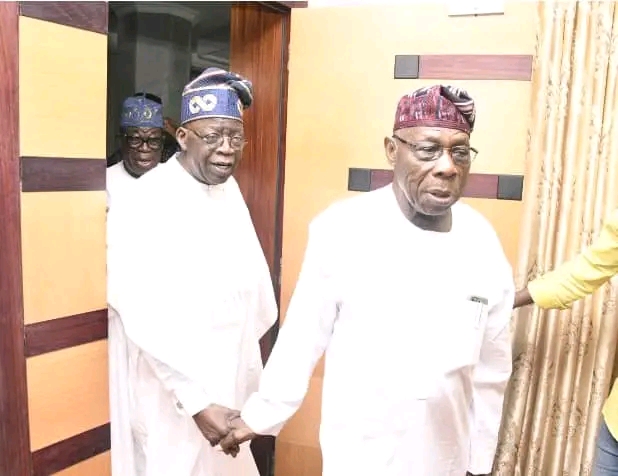 Former president Olusegun Obasanjo on Saturday sought to clear the air on his purpose of his recemt meeting with the presidential candidate of the All Progressives Congress, Bola Ahmed Tinubu.

Okay.ng recalls that ex-President Obasanjo met with the Jagaban in a closed-door meeting in Abeokuta, Ogun state capital.

In a statement signed by his spokesperson, Kehinde Akinyemi, the ex-President expressed dissatisfaction with unauthorized reports of what he discussed with Tinubu in private.

He said the discussion during the visit was “more brotherly than political”.

Obasanjo said Tinubu requested that either side should not make a public statement on what was discussed in the meeting.

“Those claiming to be insiders at the meeting issuing statement on the discussion and those crediting to me statement I had not made are enemies of the visitor and are not doing the visit any good”, Obasanjo said.