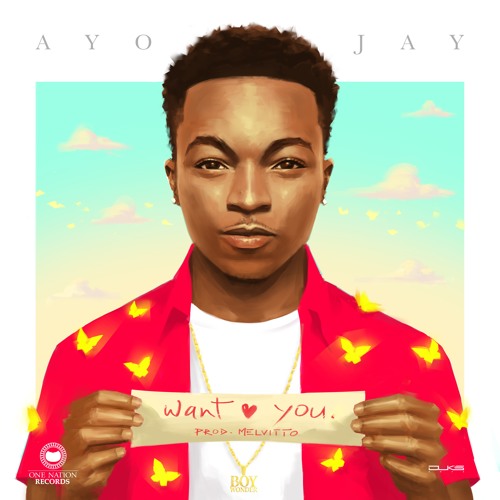 Afrobeats singing sensation Ayo Jay has been working non-stop since the release of his hit single “Your Number” in the summer of 2016. The infectious tune accumulated over 25 million streams on SoundCloud and up to 30 million streams on Spotify. “Your Number” peaked at 64 on the “Worldwide Top 200 Shazam” chart and was lauded as one the “Best Songs of 2016” by the New York Times.

He was crowned by Rolling Stone as one of “10 New Artist You Need to Know” and performed at Hot 97’s Reggae and Soca Tip concert on Governors Island, alongside the likes of Shaggy, Bunji Garlin, Mr. Vegas, Alison Hinds. Ayo also performed at the Power 105.1 Powerhouse concert alongside major artists such as RCA label mates Usher and Bryson Tiller, Young Jeezy and Young MA.

2016 was a great year for Ayo Jay, and 2017 promises to be an even bigger one with a debut EP and album in the works.

Ayo Jay kicks off the New Year with the release of two BRAND NEW singles from his debut EP, “Want You” & “The Vibe”. “Want You” is a catchy, melodic, sing along over the addictive keys of super producer Melvitto (who also Prod. “Your Number”). Rife with an infusion of waist-thrusting African drums and smooth Island percussions, Ayo Jay’s vocals glide seamlessly to gift another feel good record. “The Vibe” is an up-tempo track, Produced by Young D, a great follow up to the club hit “Your Number”, and should bring Ayo Jay fans nothing but party vibes for 2017!

“Want You” & “The Vibe” are the first singles from Ayo Jay’s EP “Coming To America” and they can be found on Spotify, ITunes and all other major distributors, Click the link below for new sounds from him!

My 2020 goal is to help people and businesses grow – Waje