Theresa May, British Prime Minister, on Friday announced her resignation after a three-year tenure.

Earlier, Okay Nigeria News had reported that the Leader of the Conservative Party will step down on June 7 over the issue of Brexit.

Speaking outside her Downing Street office, May said:

“It is and will always remain a matter of deep regret to me that I have not been able to deliver Brexit.”

See photos of the outgoing UK Prime Minister in tears… 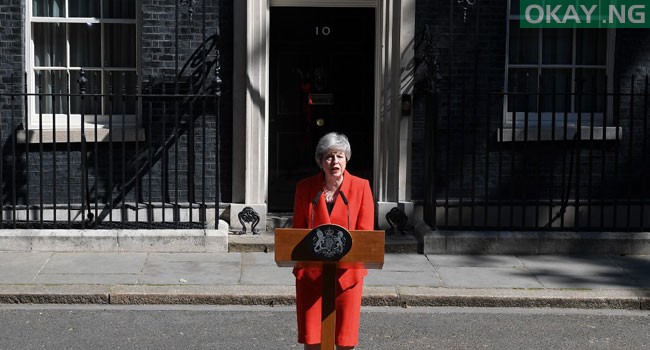 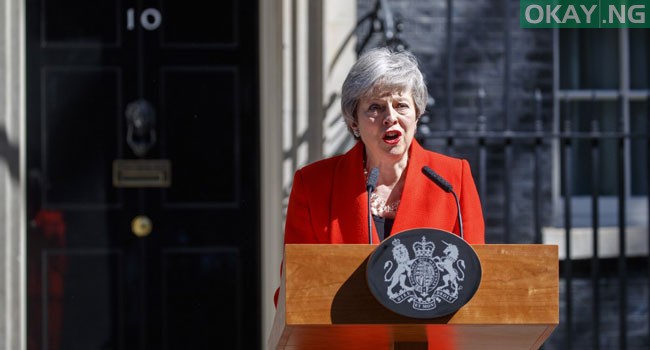 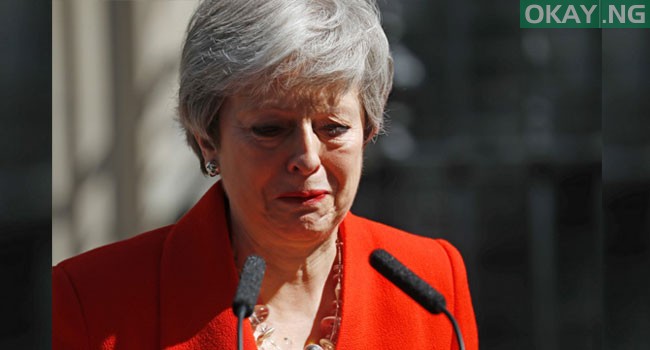 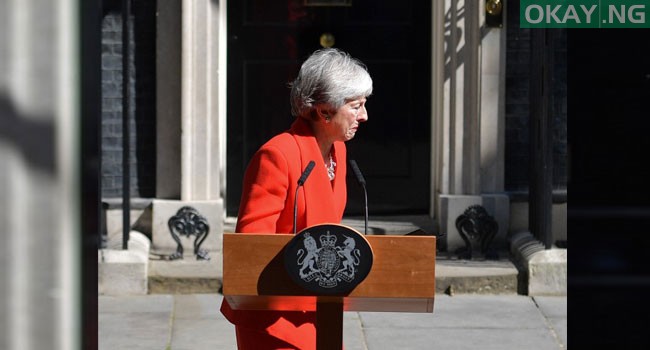