Okay.ng had earlier reported that the federal government and the organised labour on Thursday night, October 17, 2019, reached an agreement on the percentage increase of the consequential adjustment in workers’ salaries.

See the signed agreement underneath: 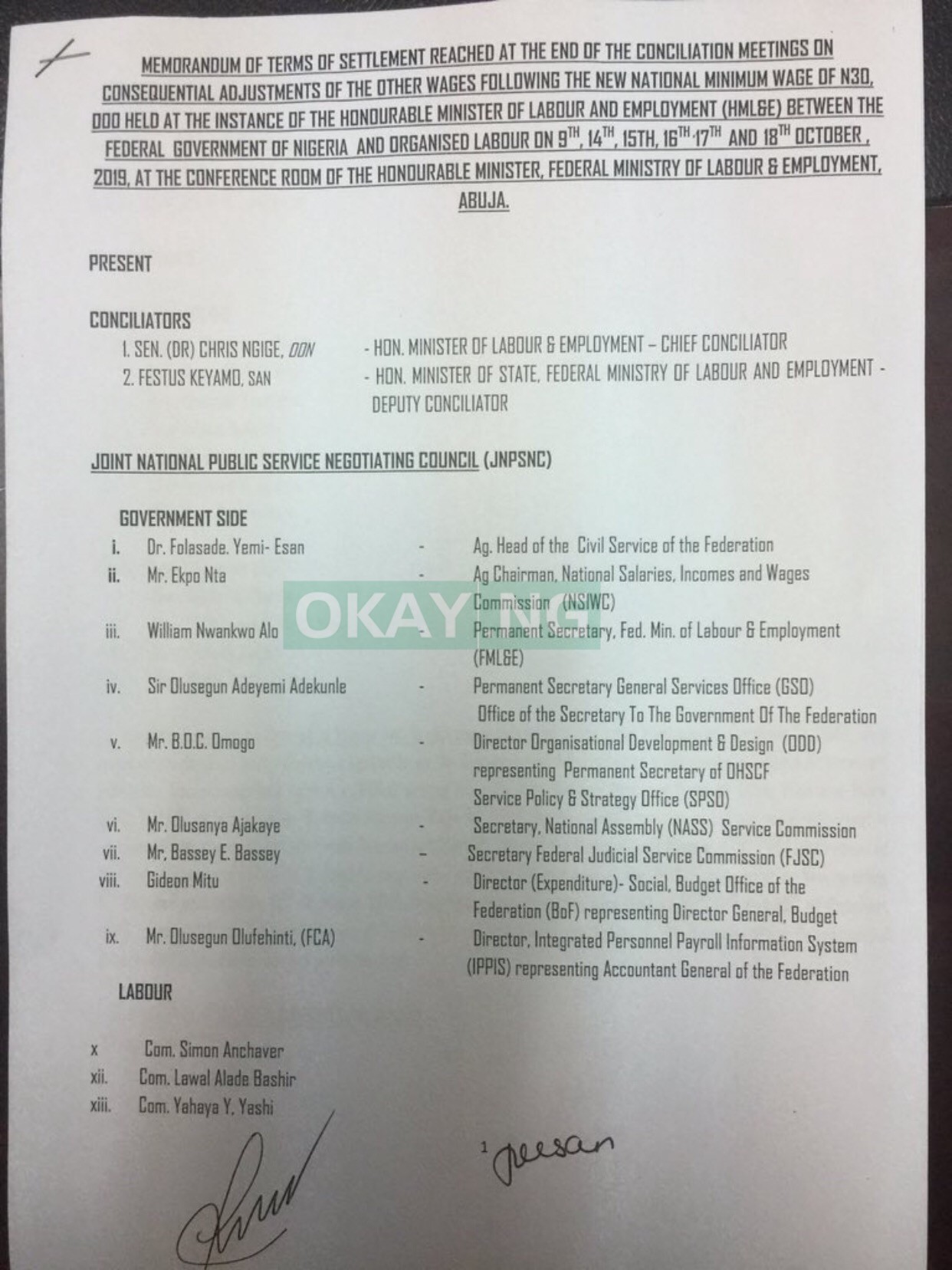 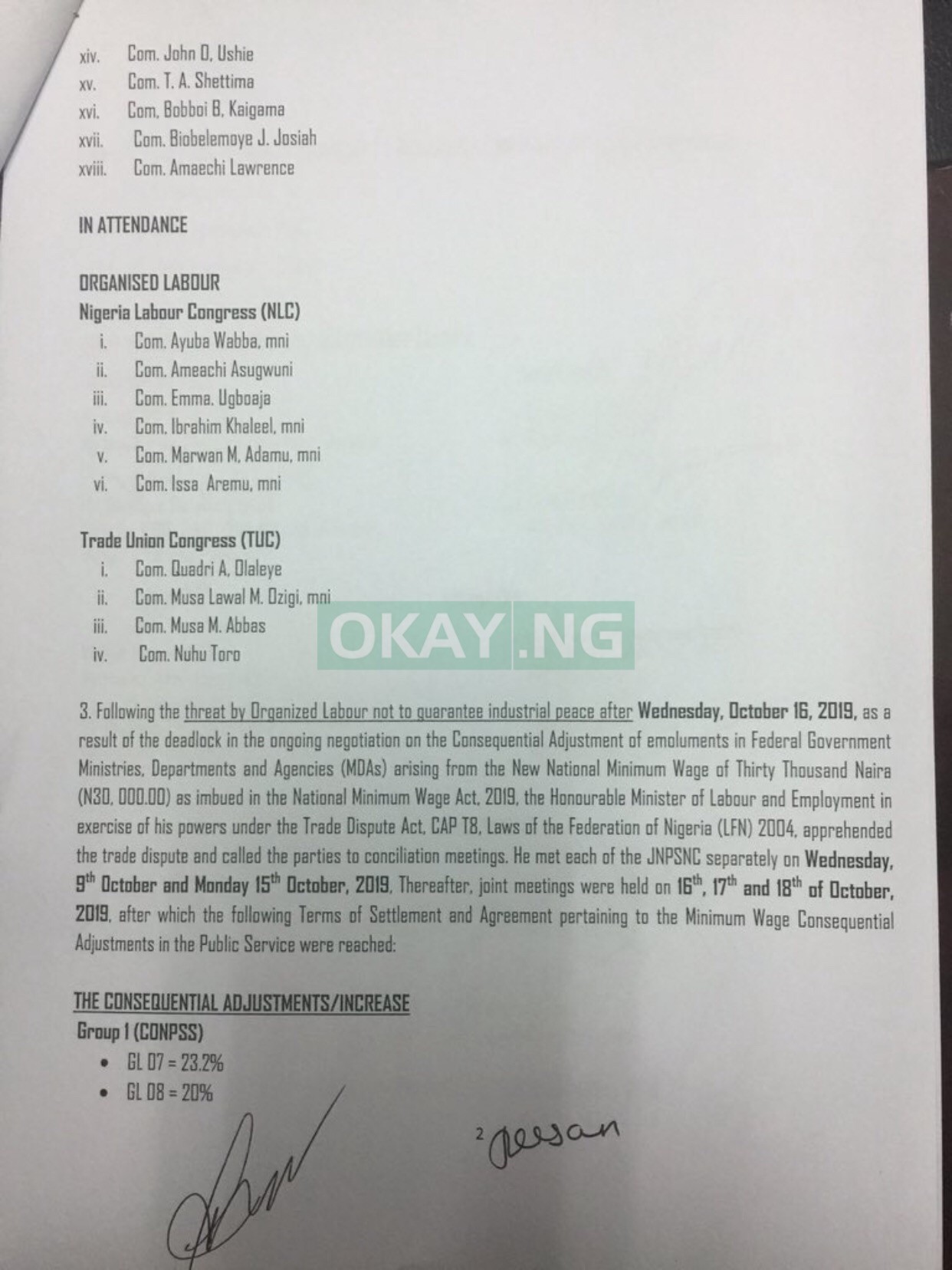 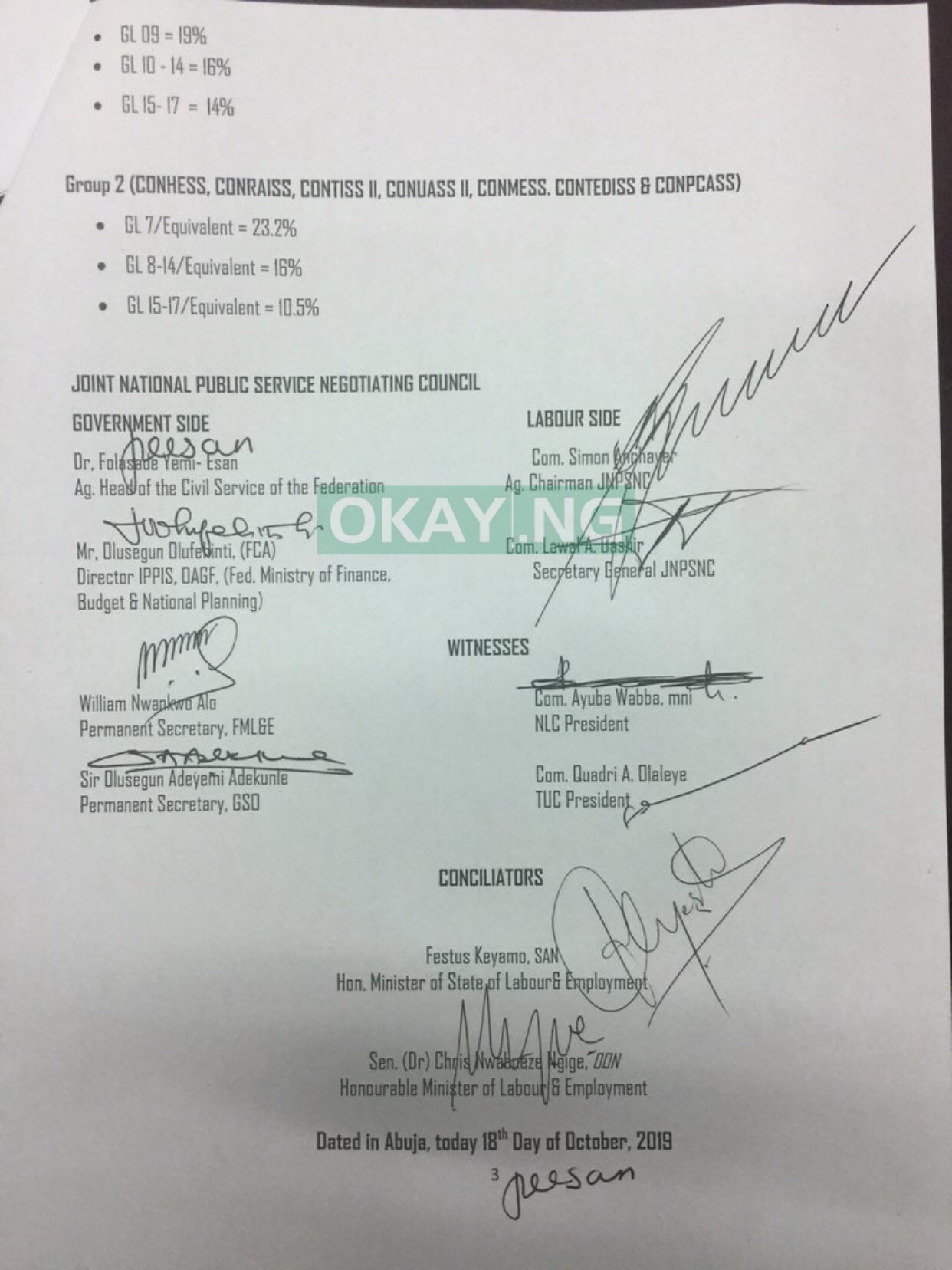