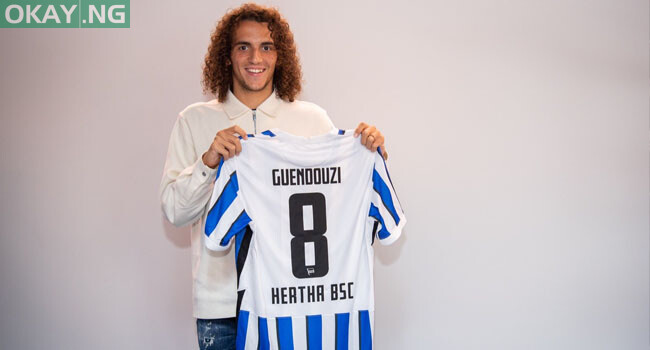 The 21-year-old, who can play as a central or defensive midfielder, is a product of the Paris Saint-Germain academy and has made 57 Premier League appearances for the Gunners.

“Discussions with the club’s senior figures convinced me to join,” said Guendouzi in a statement.

“I don’t just want to develop personally, but help the whole club take the next step.”

Guendouzi has made 82 appearances for Arsenal and was a second-half replacement in the 2019 Europa League final defeat to Chelsea.

Excited to be back on the pitch and defend the colors of @HerthaBSC ! Let’s go ! 🔵⚪️ #HaHoHe pic.twitter.com/gqwg6xx7k8

He has been called up four times by France but has yet to make his international debut.