A former Emir of Kano, Muhammadu Sanusi, arrived Kaduna on Sunday and was welcomed by a massive crowd.

Sanusi alongside his wives and other aides arrived the Air Training Command headquarters in Kaduna at 10:30 am on Sunday. 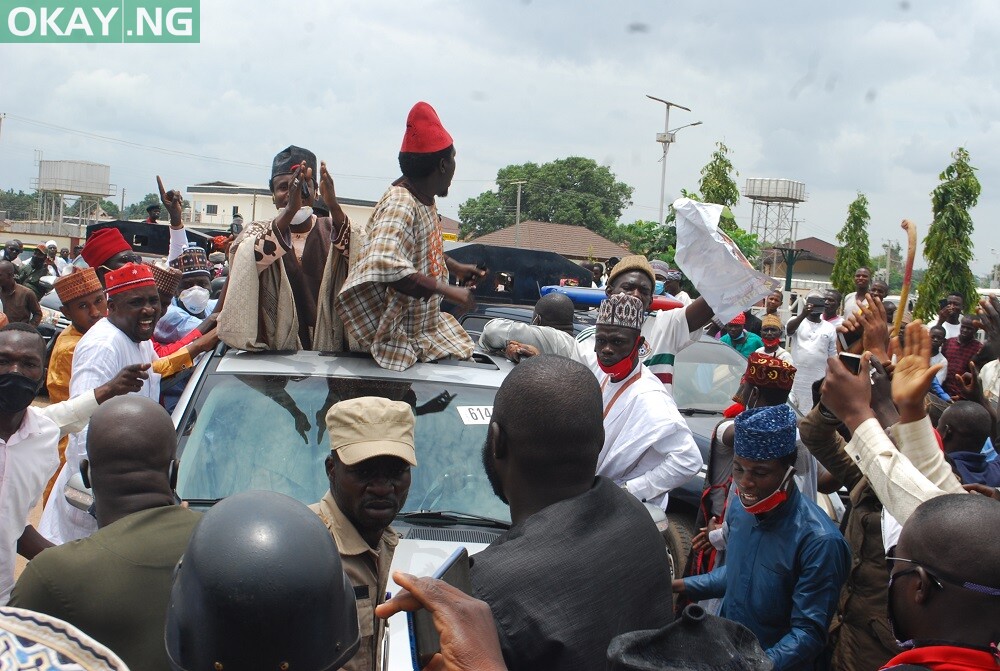 The former governor of Central Bank of Nigeria was then escorted by the crowd to meet with his close ally and governor of Kaduna, Nasir El-Rufai. 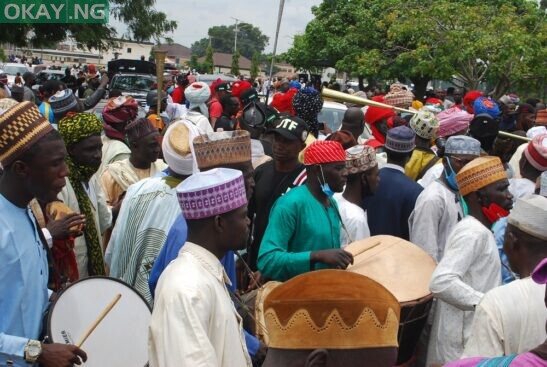 Okay.ng recalls that Sanusi was deposed from the Emir of Kano throne by the Kano state Governor, Abduallahi Ganduje, on March 9 2020 for allegedly showing ‘insubordination’ to authorities.

He was banished to Loko in Nasarawa state before he was allowed to proceed to Awe in the same state where he spent three days before a Federal High Court in Abuja ordered him to be released from detention.

El-Rufai was among the first callers of the former CBN Governor while on exile in Awe. The governor had travelled to Awe on March 13, 2020 and after Juma’at Prayers, returned with Sanusi to Abuja where the former emir boarded a plane to Lagos.

Emir Aminu Ado Bayero, the son of Sanusi’s predecessor, Ado Bayero who ruled Kano for more than half a century was chosen as emir to replace Sanusi.