Maryam Sanda has been sentenced to death by hanging for the murder of her husband, Biliaminu Bello Haliru.

Delivering the judgment on Monday, Justice Haliru Yusuf of High Court of the Federal Capital Territory (FCT) in Maitama, declared that Sanda killed her husband by stabbing him and tried to conceal her action by claiming he fell on a broken bottle. 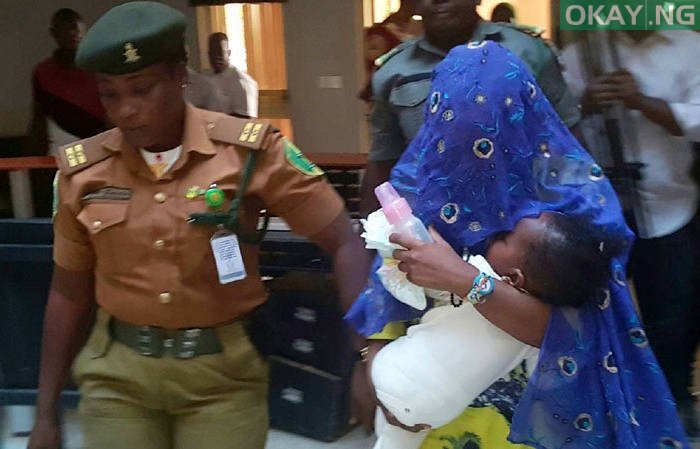 The judge ruled that there was compelling evidence to convict the accused.

He said available evidence proved that the accused stabbed her husband with a kitchen knife with intent to “kill”.

Okay.ng understands that immediately after the ruing, the mother of two wailed and tried to flee the court but was intercepted by the security agents present.