Premier League Champions, Manchester City will kick start the defence of their title by playing against West Ham United.

The game will be played at the London Stadium on Saturday, August 10. 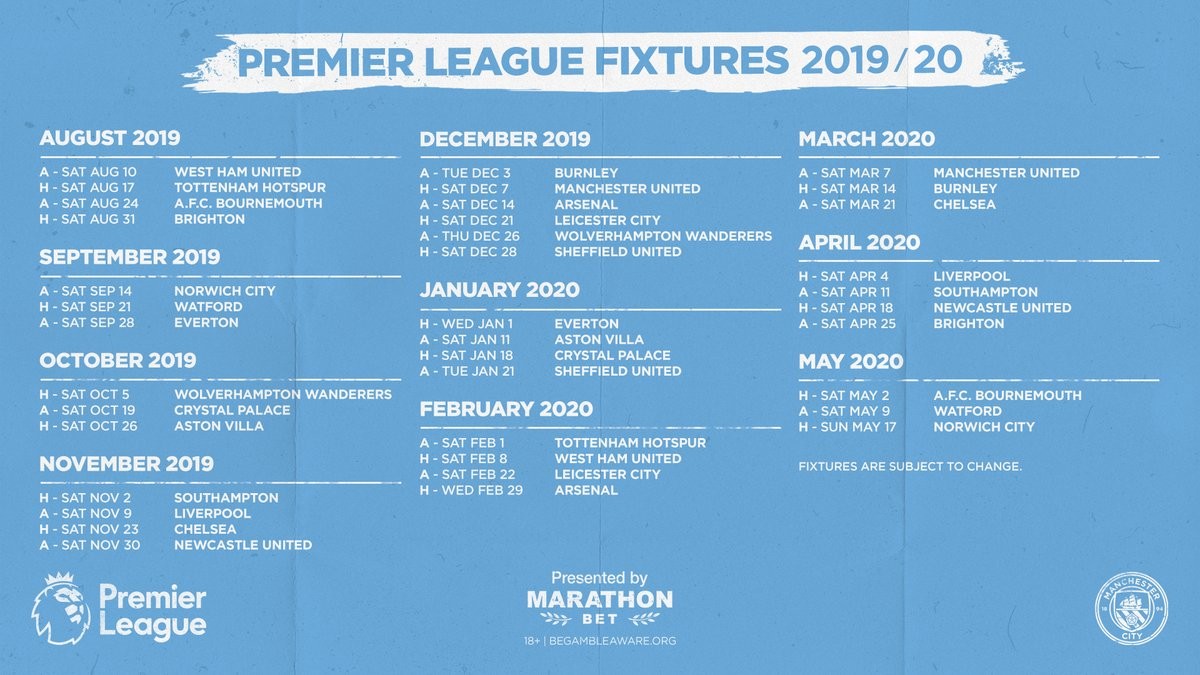