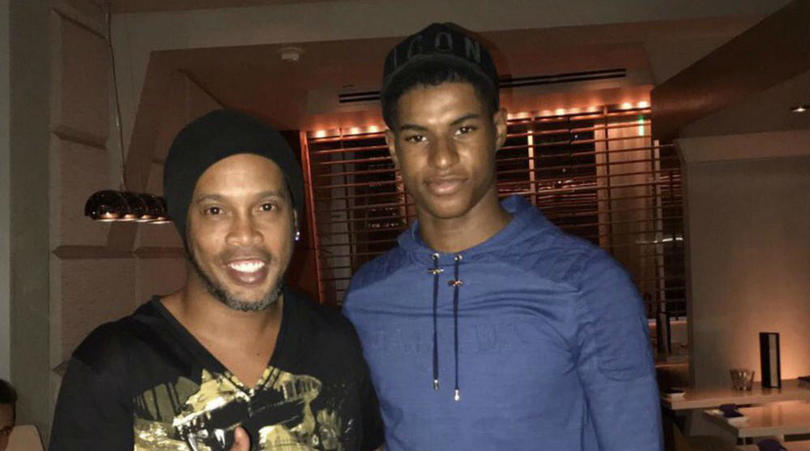 Manchester United striker Marcus Rashford is making the most of the Premier League’s down time by holidaying in Miami and the England star stopped for a snap with the legendary Ronaldinho.

Rashford was part of a United side that clinched an EFL Cup and Europa League double last season and has been enjoying a hard-earned break Stateside with team-mate Jesse Lingard.

And, while on his travels, one the game’s brightest prospects bumped into one of its greatest players in the form of the Brazil and Barcelona great.

Capturing the moment on camera, Rashford posted the results on Twitter with a caption that read: “Nice to sit down and chat with the king @10Ronaldinho.”

Ronaldinho tweeted a picture of his own, describing Rashford as a “humble young man”.

Not to be outdone, Lingard got in on the act with his own picture on Instagram, writing: “Legend, Icon, Idol #goat.”

COVID-19: Mikel Obi dumps Trabzonspor to be with family