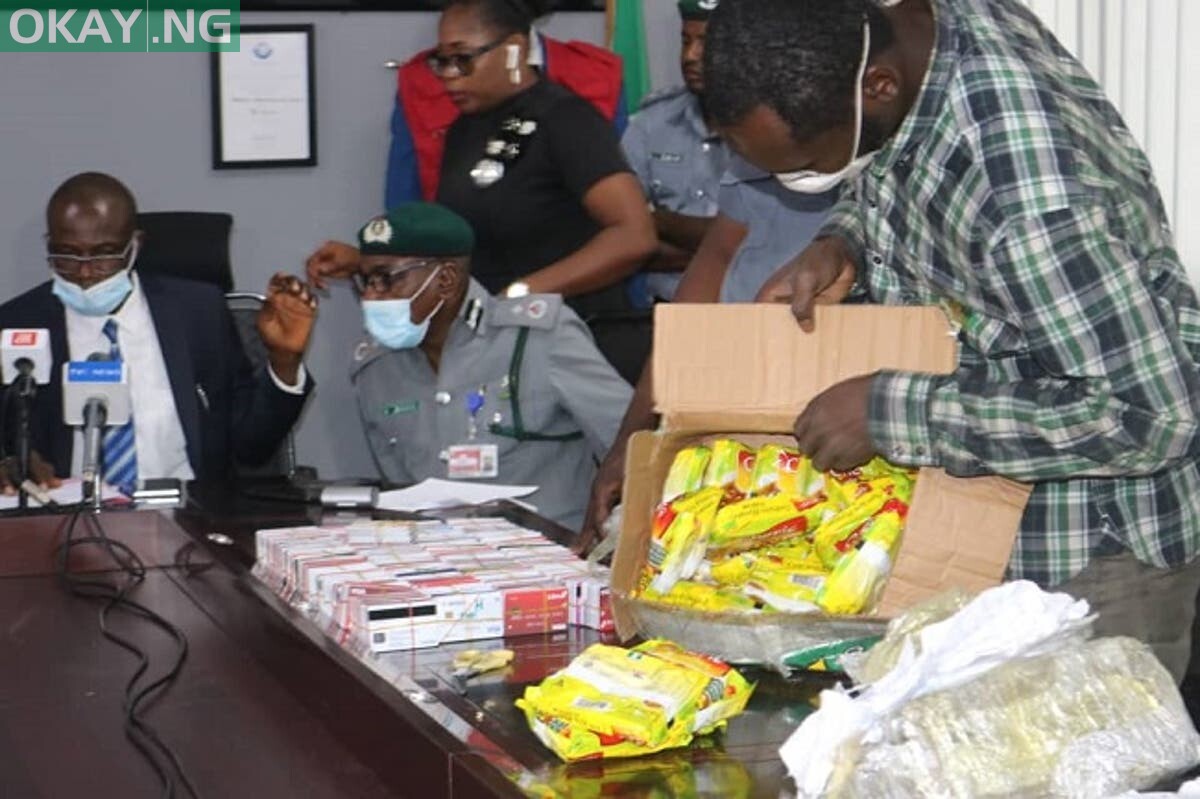 Okay.ng gathered that the suspect with Passport Number A08333717 from Kano State, was intercepted when he was travelling to Dubai via Emirates evacuation flight.

The Deputy Controller of MMIA, Abdulmumin Bako, speaking to journalists while handing the suspect to the Economic and Financial Crime Commission (EFCC) on Thursday, said Abubakar was arrested at the Departure Hall of the Lagos airport.

He said, “At about 1145 hours on August 22, at the departure hall gate ’B’ of the MMIA, Abubakar with Passport Number A08333717 from Kano State travelling to Dubai via Emirates flight was intercepted with 2,863 ATM Cards and four sim cards by our officers on duty.

“The ATM cards and sim cards were carefully concealed in a noodles carton by the suspect. The suspect claimed that one Mr. Musliu was assigned to him to facilitate his movement through the checks at the airport by one Mr Suleiman but due to the diligence of our officers who insisted on conducting physical examination, we revealed the concealment.” 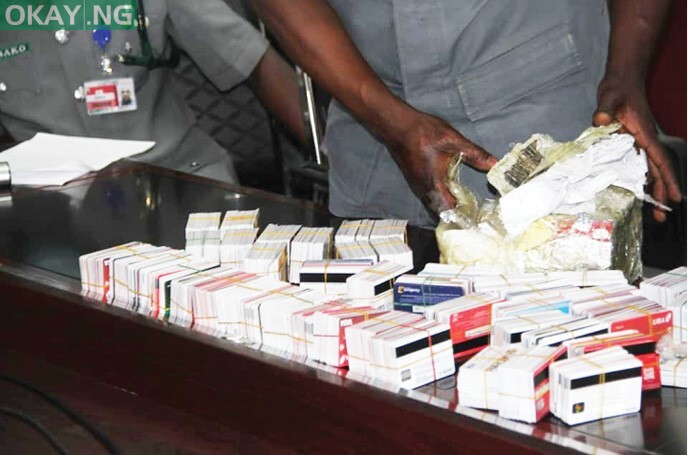 The Lagos Zonal Head, EFCC, AbdulRasheed Bawa, while receiving the suspect, said the ATM cards could be used for money laundering or foreign exchange malpractices, adding that everyone involved in the conspiracy would be arrested and prosecuted by the commission.

“On behalf of the commission and the acting Chairman, Mr Muhammed Umar, we have taken over Ishaq Abubakar and I can assure you that we are going to investigate the matter thoroughly and unveil everybody involved in the syndicate.

“There are several possibilities; there is an element of conspiracy, foreign exchange malpractices and money laundering and indeed, banks and bankers are involved,” he said.