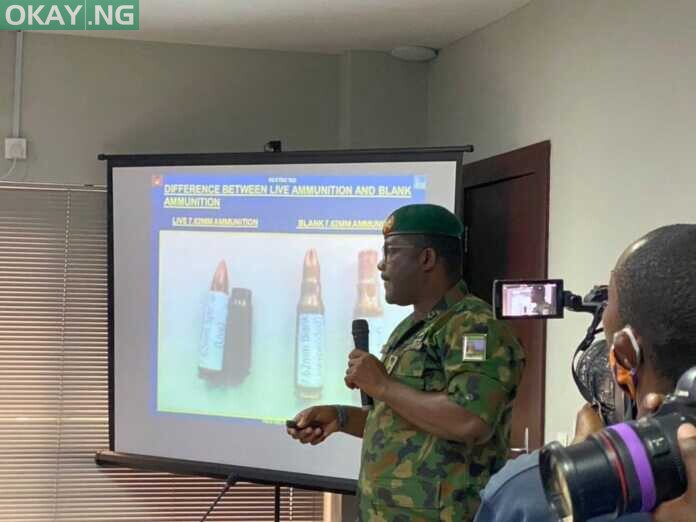 The Commander of 81 Military Intelligence Brigade, Victoria Island, Lagos, Brig. Gen. Ahmed Taiwo, has disclosed that the Nigerian Army was unhappy with Governor of Lagos, Babajide Sanwo-Olu, after he denied inviting the military to restore peace and order in the state.

Gen Taiwo made this disclosure while speaking before the Lagos State Judicial Panel of Inquiry probing cases of Police brutality on Saturday.

According to him, Sanwo-Olu called on the Army on October 20, after the #EndSARS crisis degenerated into chaos.

He said: “I spoke with the governor and said the army was unhappy that he said he did not ask the army to intervene.

“But I’m sure, after we’ve watched everything, we saw he (Sanwo-Olu) had more than reasonable grounds to ask the army to intervene.

“Perhaps, it was the way everything went that made him say so.”

Okay.ng recalls that the Lagos governor denied inviting the military to disperse protesters at the Lekki tollgate on October 20, adding that forces beyond his control were responsible for the Lekki incident.

However, the Army Headquarters subsequently said in a statement that the Lagos State government invited the soldiers to the protest ground and that the soldiers acted within the rules of engagement.