Andele Lara, the 22-year-old student  from Boston, Massachusetts who  can’t step out the house without being mobbed by screaming Rihanna fans.Strangers follow Andele on her way to work and send her fan mail whilst companies pay her thousands of pounds to endorse their products . Her success has prompted Andele to become a full-time Rihanna lookalike.She explains to Daily mail

The moment I step out anywhere, everyone starts staring and whispering before I get bombarded by strangers asking to take their photo with me.
‘This happens every day – It doesn’t matter what I do. I can’t go twenty-four hours without hearing Rihanna’s name.’I know I could happily give up my part-time job and studies to have a career as a Rihanna lookalike.’ 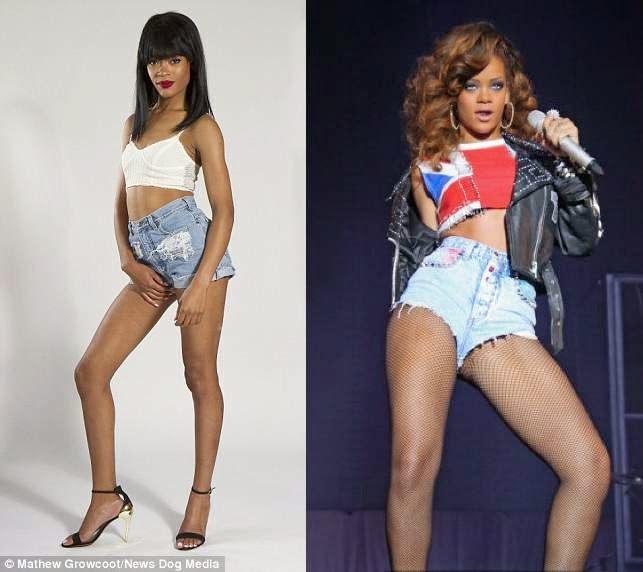 The comments started in my sophomore year. My friend had a magazine with Rihanna on the cover. He held it up to my face and was like “You look like her!”‘I wasn’t really sure. She was glammed up in a magazine and here I was in my school uniform.Personally, I never realized I looked like Rihanna. I do see some resemblance but not as much as everyone else I think.When ‘Umbrella’ came out, a lot more people began commenting that I looked like Rihanna.But after Ri-Ri released her album ‘Loud’ in 2010, the attention I started to receive for looking like her was undeniable.People began approaching me in the street asking if I was her and I would see photos of myself going viral on social media.’ 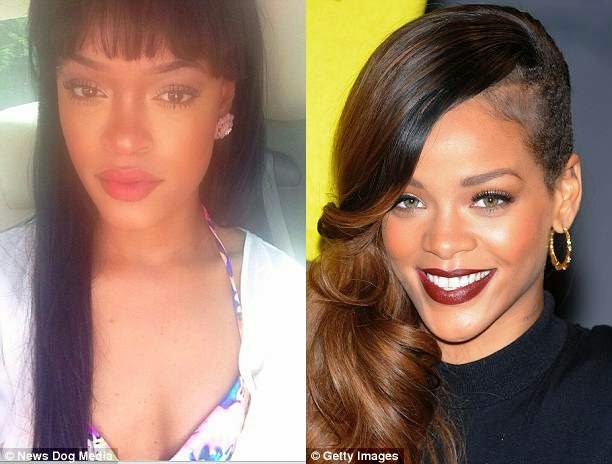 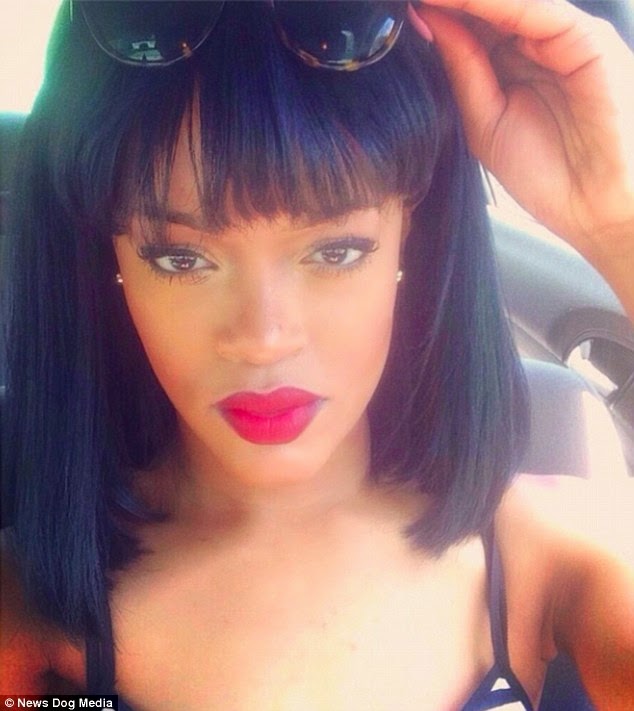 ‘Literally, people mistake me for her all the time! I only have to step out of the house for an hour before I hear someone say, “Oh my god, is that Rihanna?”
‘At first, I thought it was funny to take a picture with someone who believed I was her and then make their day. But as Rihanna gets even more famous, the attention just intensifies.
‘Some people follow me into stores or as I’m driving. Other times fifteen people will swarm at me all at once to take a picture with me.

‘I do think the attention I get is cool but there have been some scary occasions when some super-fans have followed me on my way to work everyday. 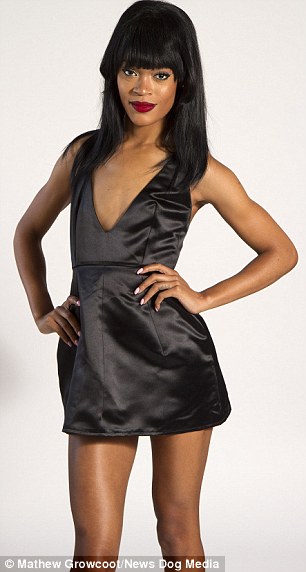 ‘And I must admit there have also been moments when I couldn’t face taking a photo with yet another Rihanna fan. But it really makes their day to think they met Ri-Ri. I’ve never denied anyone a picture.’

Andele says the attention is most extreme when she goes out clubbing.

‘When I go on a night out, that’s when the attention is at its highest. Even my friends get annoyed by the number of people that come up to me.
‘Men come up to me all the time, thinking I’m Rihanna and buying me drinks! They chat me up and try to get my number.’

I was at a club in Boston and Chris Brown was there. Because he was there, I guess everyone assumed I was Rihanna!
‘I was casually walking around and all these star-struck people were holding their hand to their hearts backing away from me and
staring.’At first, I was confused but then I realised what was going on. In the end, I spent the whole night taking fun pictures with groups of people who had mistaken me for Rihanna.’

Andele’s resemblance to the singer has thrust her into the limelight and made her well-known on social media.

As a result of the similarities, Andele has landed over £13,000 worth of clothing contracts in the last year and over 18,000 followers on Instagram.

She talked about her closest encounter with Rihanna

‘One Rihanna fan page on Instagram mistakenly posted my picture with the caption, ‘Rare pic of Rihanna’ and Rihanna actually commented on it with ‘OH?!’
‘But that was the closest I’d say to her knowing me. It was a brief moment but the comments and followers on my Instagram that came after that was unbelievable.’Every time I refreshed my page, I had at least thirty new followers and some really hateful comments too. 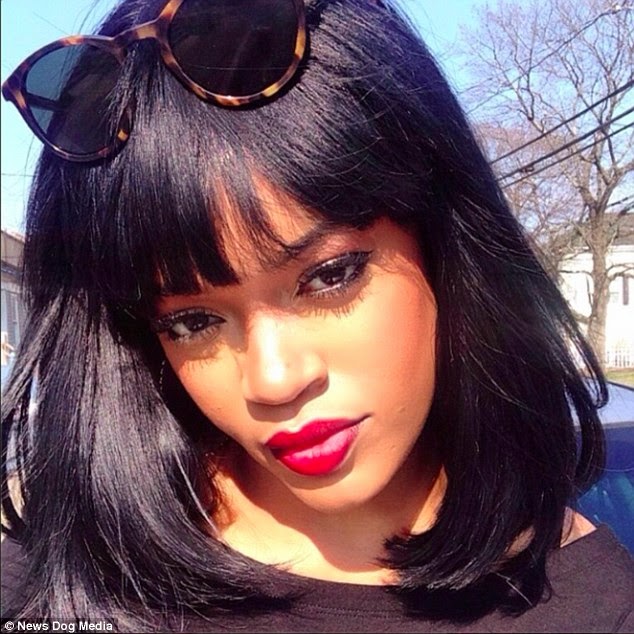 ‘In the end, the attention and mean comments from some users was a bit too much. I had to turn my notifications off on Instagram and make my account private.’

‘I’m a big fan of Rihanna though. A lot of celebrities become someone they aren’t but she seems to have stayed true to herself.
‘I would love to meet Ri-Ri and take a selfie with her!’

Andele plans on becoming a professional Rihanna lookalike but says she’ll have to draw the line at performing like the popstar.