A Nigerian lady has taken to Twitter to reveal how a bike rider and a passenger used machete to cut her face heavily after she refused to give them her purse and her phone.

The lady who resides in Ibadan said she boarded the bike early in the morning to go and register for NIN.

Inside the bike was another passenger and she thought he’s an ordinary passenger since it’s normal for two people to board a bike at the same time. What she doesn’t know is that, the bike Rider and the passenger are thieves.

They later asked for her purse and phone, upon refusal to give them, they cut her face heavily with a machete. 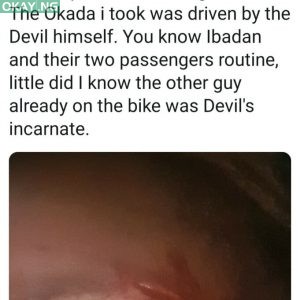 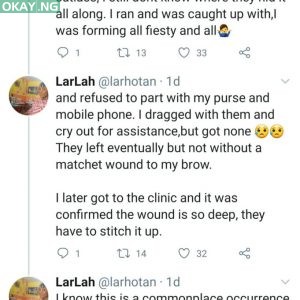 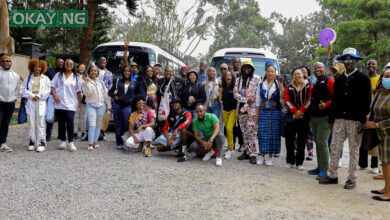