The faction of the opposition Peoples Democratic Party, PDP, led by a former Minister of Information, Jerry Gana, has carried out its threat of conducting a parallel national convention.

The faction is currently holding its national convention in Abuja, while another convention is simultaneously holding in Port Harcourt, Rivers state.

The Port Harcourt convention is led by Modu Sheriff, the party’s national chairman.

Mr. Gana and other leading members of the party had announced the “removal” of Mr. Sheriff from the office, saying they had taken over the administration of the party.

The Abuja convention is being attended by some of the founding fathers of the party.

Messrs Adeniran, Mantu and Gana are to provide leadership for the faction till its next convention, the group announced. 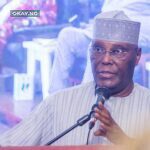 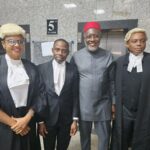