”Today, it is exactly 402 days to the opening of polling units nationwide at 8:00 am on Saturday 16th February 2019,” the commission’s chairman, Prof. Mahmood Yakubu, said in a tweet on Tuesday.

”Let us all join hands to make 2019 our best election ever.”

According to INEC, notice of election commences on August 17th, 2018, quoting Section 30 (1) of the Electoral Act, 2010 (as amended) which requires not later than 90 days before the election.

The commission further noted that the collection of forms for all elections by political parties for nominated candidates at the commission’s headquarters is scheduled to hold between August 17th and 24th, 2018.

Below is the full timetable: 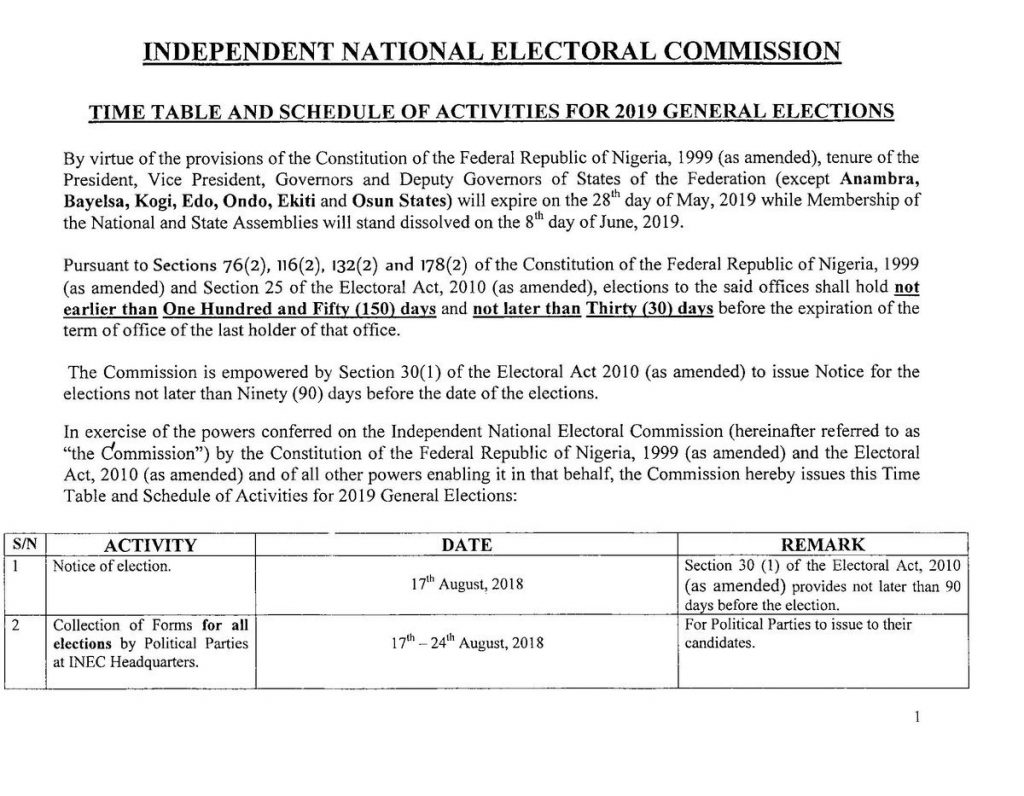